Easter Friday. Station Is At The Basilica Of Saint Mary-Of-The-Martyrs (The Pantheon).

Station at Saint Mary-of-The-Martyrs (The Pantheon).

Indulgence of 30 Years and 30 Quarantines. 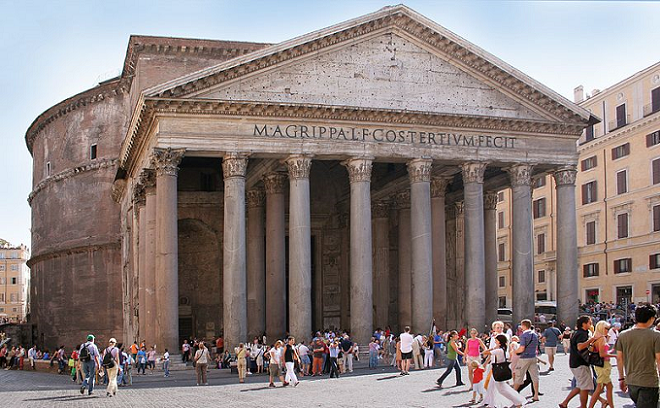 After bringing her Neophytes together on successive days at Saint John Lateran, Saint Mary Major, Saint Peter's, Saint Paul's, Saint Laurence's, and The Twelve Apostles, The Church, today, made a Lenten Station at the Basilica Dedicated to all The Martyrs and to their Queen, where was made most manifest The Triumph of Christ over paganism.

For the Pantheon, the temple consecrated to the worship of all the gods, was, in the 7th-Century A.D., Dedicated to Mary and to The Martyrs of The Catacombs, a large number of whose bones Pope Boniface IV caused to be Transferred to this Basilica. 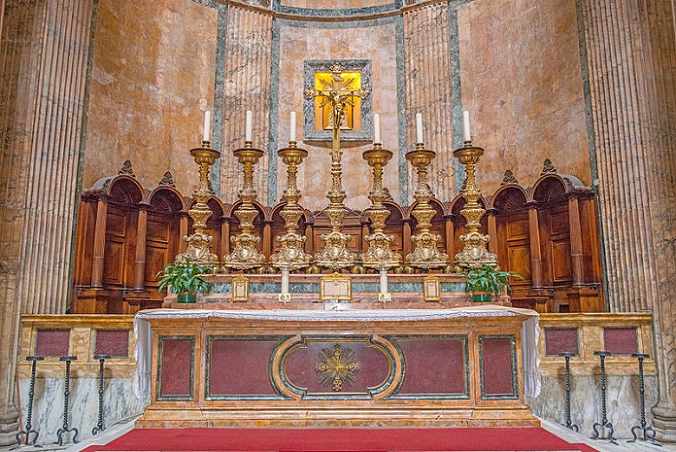 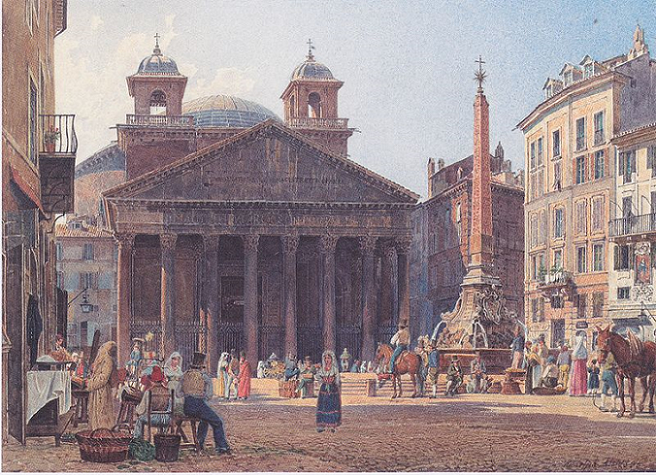 The Feast of The Dedication of this Church soon afterwards became known as The Feast of All Saints. (Feast Day 1 November.)

The Introit, the Collect and the Epistle remind us that the Covenant established by God with Noe and his seed, after their escape from The Flood, and later renewed with Moses and his people after their Passage through The Red Sea, is a figure of The New Covenant, under which The Neophytes were brought from The Baptismal Font unto the adoption of Children of God.

Jesus on The Cross virtually killed sin (Alleluia, Epistle), and, by His Resurrection, of which The Apostles were Witnesses, (Gospel), He gave us The Life of Grace. Baptism brought home to our Souls this twofold effect of Life and Death. Let us ever remain faithful to it.

Email ThisBlogThis!Share to TwitterShare to FacebookShare to Pinterest
Labels: Easter Friday. Station At The Basilica Of Saint Mary-Of-The-Martyrs (The Pantheon).