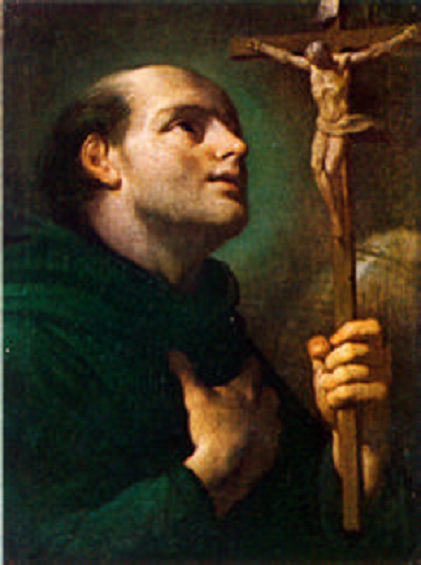 Saint Philip Benizi.
Confessor.
Available on YouTube at
YOU TUBE

We honour on this day a Saint to whom The Blessed Virgin Mary appeared, to announce to him that he was to enter The Order of Servites, whose object is to honour The Sorrows, through which The Virgin attained the Glory that we have rejoiced in (Editor: The Assumption) during the last eight days.

Born at Florence, Italy, of the illustrious family of Benizi, Saint Philip gave signs from the cradle of his future holiness. The Order of The Servants of The Virgin Mary, called The Servites, had been instituted fifteen years before. The little Convent was not far from his town. There, while hearing Mass on The Thursday in Easter Week, Saint Philip was struck by the words of the Epistle, addressed by The Holy Ghost to Philip The Deacon.

As he bore that name, he applied to himself the Scriptural Text, and, feeling himself invited by The Holy Ghost to enter that Order, he left everything to purchase the Imperishable Treasure of Heaven (Gospel). Entering as a Lay Brother, he was, later on, Ordained a Priest, and became General of The Servites. 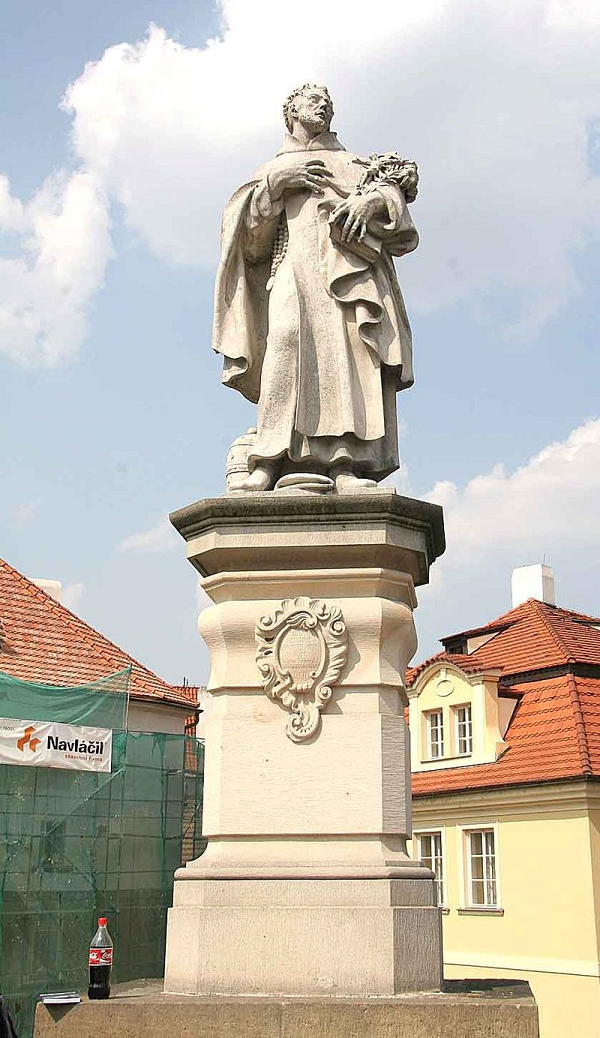 The Cardinals, assembled at Viterbo, wished to Elect him Pope, but, out of humility (Collect), he refused the honour and hid himself in the mountains. There, he flourished like the Palm Tree and grew like the Cedar of Libanus (Introit). God then called him to evangelise Italy, France, and Germany. On his return, he was confirmed in his Office for life.

He was seized by a burning fever on Assumption Day, and died at Todi, in 1285, on The Day of The Octave, contemplating The Crucifix.

Let us ask God to grant us the humility of Saint Philip Benizi, so that, despising, as he did, the riches of the World, we may always seek the riches of Heaven (Collect).

Mass: Justus.
Commemoration: The Vigil of Saint Bartholomew, from The Collects of The Mass: Ego autem, of which the Gospel is read at the end of Mass. 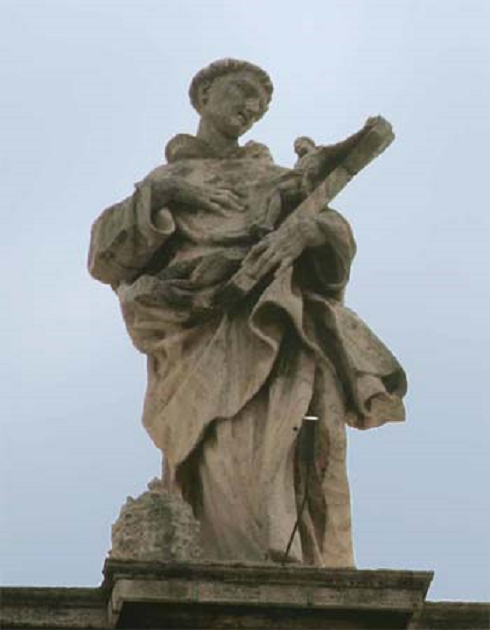 Saint Philip Benizi.
One of the 140 Saints on The Colonnade of Saint Peter's Basilica, Rome, Italy.
Statue created 1671.
The statue is part of a group of sixteen that were installed between August 1670 and March 1673. It was made immediately after the statues of Saint Cajetan and Saint Philip Neri, and simultaneously with Saint Anthony of Padua and Saint Charles Borromeo.
Sculptor - Lazzaro Morelli.
The Saint, in the Habit of The Servite Order, holds a Crucifix in his Left hand.
At his feet, is the Papal Tiara that he shunned.
Philip Benizi, a Florentine physician, became the fifth Superior-General of The Order of Servites. The story is that he tried to become a Lay Brother by pretending to be illiterate, but was found out and told that he could only remain in The Order if he were Ordained.
When an influential Cardinal named him as a possible Papal candidate, Philip was so distressed by the idea that he hid in a cave until the Papal Election was over.
Illustration: ST. PETER'S BASILICA INFO
Posted by Zephyrinus at 00:00:00