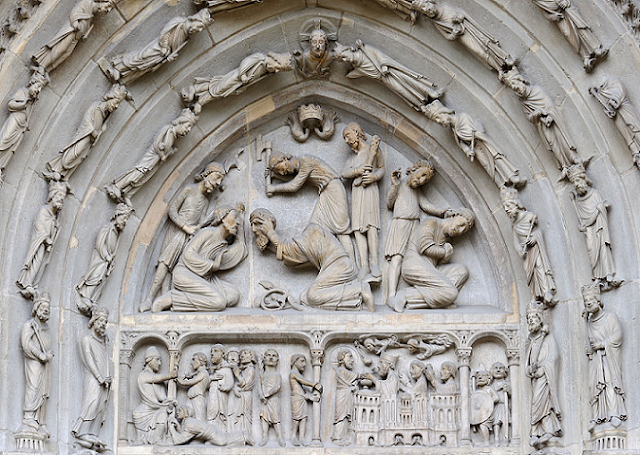 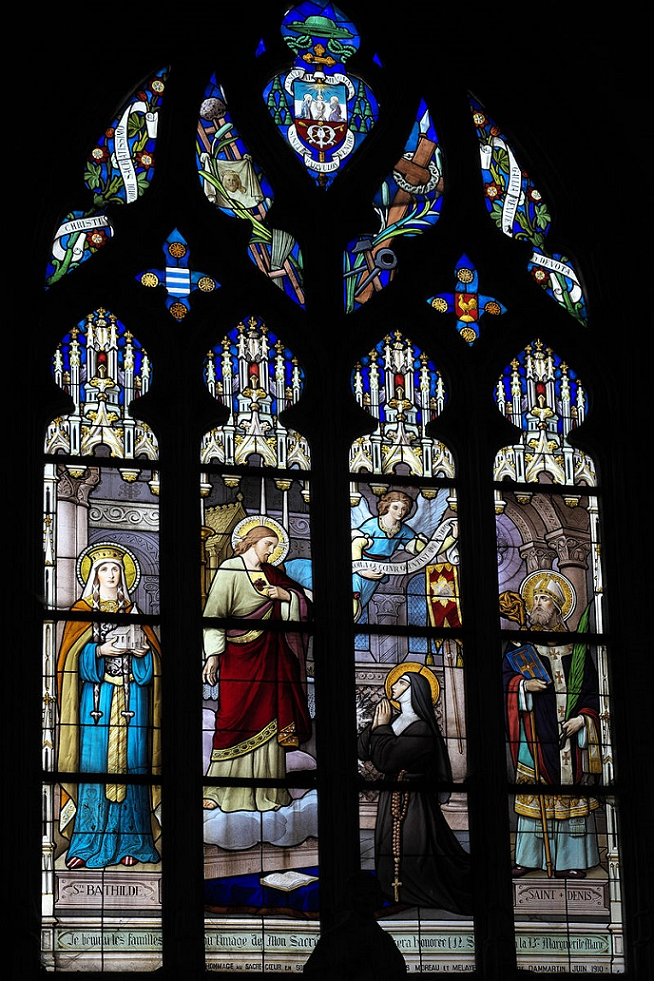 Dionysius (Denis), the first Bishop of Paris, accompanied by the Priest, Rusticus, and the Deacon, Eleutherius, was sent to Lutetia (Editor: Present-day Paris) in the 3rd-Century A.D. After carrying out his Mission there for several years, he was beheaded with his Companions at Catulliacum, present-day Saint Denis, Paris, where they erected over his tomb a Basilica. It was here that the Kings of France were buried. [Because of his beheading, Saint Dionysius (Denis) is always represented by bearing his head in his hands.] Saint Dionysius (Denis) is one of The Fourteen Auxiliary Saints.

The Gospel and Collect of today's Mass show forth the Christian heroism of these three Martyrs, who fearlessly confessed The Name of Christ before men and remained firm in the midst of their sufferings.

In the 9th-Century A.D., Saint Dionysius was erroneously identified with Saint Dionysius the Areopagite, whence the Epistle in The Mass relating the conversion of the latter Saint, which happened when Saint Paul passed through Greece on his second journey.