Special De Mattei: The New Pact Of The Catacombs: The Fulfilment Of Vatican II ?

This Article is taken from, and can be read in full at,
RORATE CÆLI

If what is reported here is correct, then there appears to be sufficient substance to cause any true Catholic a grave disquiet.

If what is reported here is correct, that is. 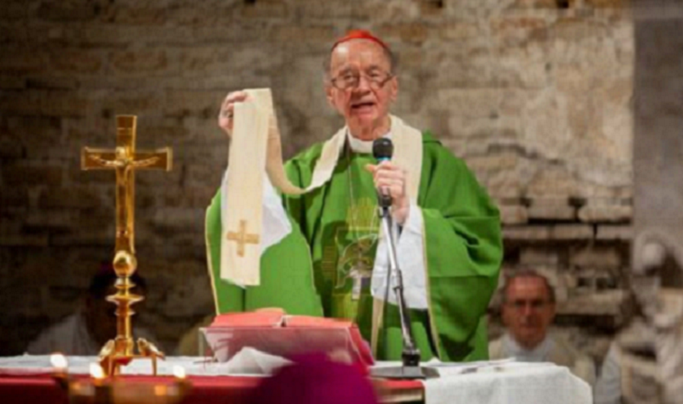 The secret testament of The Second Vatican Council has [now] become public and official. On 20 October 2019. in the Catacombs of the Domitilla, “The Pact for a poor servant Church” was solemnly renewed as stipulated on 16 November 1965 in the same place, by forty-two Council Fathers, some weeks before the conclusion of the Council Assembly.

Monsignor Luigi Bettazzi, Emeritus Bishop of Ivrea, the only living signatory of the Pact of the Catacombs, revealed that the 1965 text had been written by Monsignor Hélder Câmara (1909 -1999), Archbishop of Olinda e Recife, who, however, that November 16, did not sign it as he was busy at a meeting for the final drafting of Gaudium et Spes, perhaps the most significant document of the Second Vatican Council.

From the very start of the Council, Monsignor Câmara had established an ironclad friendship with Cardinal Suenens, who, in his correspondence, is referred to by the code name “Padre Miguel”. From then on, the Câmara-Suenens tandem constituted one of the “hidden” motors behind the Council gathering. At the beginning of the second session, Helder Câmara defined Suenens “the key man of the Council, certain of the direct and personal trust of the Holy Father”. Highlighting the path taken by the first session, he writes that not without reason the Belgian Cardinal was designated as “the world head of progressivism”. “He is my leader at the Council” wrote the Brazilian Bishop in a circular to his faithful.

The two met every day, sharing the parts, Suenens in the Conciliar Hall, Câmara in the extra-conciliar corridors. “Throughout the four sessions of the Council – his biographers recall - Dom Hélder would not make any interventions in the plenary assembly, but would carry out real “éminence grise” work in the architecting of what he himself called a “holy conspiracy” to introduce into the agenda of the conciliar works the problem of the misery of the world in underdeveloped countries, and to stimulate a process of reform inside the Catholic Church.”

Paul VI protected Monsignor Câmara by appointing him Archbishop of Olinda e Recife. After his appointment, he assured him with these words: “Don’t worry. It is evident that the hand of God is upon your leader. “Providence has made itself tangible.” For his part, Monsignor Câmara affirmed in the concluding days of Vatican II “It is not up to the Council to say everything.” “There are implicit affirmations that it is up to us to explain” (all of the citations are from my book “The Second Vatican Council. An Unwritten Story” Lindau, Torino 2011, with reference to the sources).

Email ThisBlogThis!Share to TwitterShare to FacebookShare to Pinterest
Labels: Special De Mattei: The New Pact Of The Catacombs: The Fulfilment Of Vatican II ?