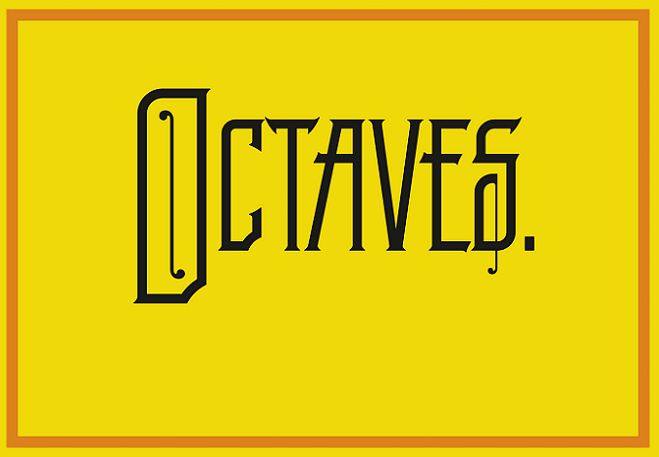 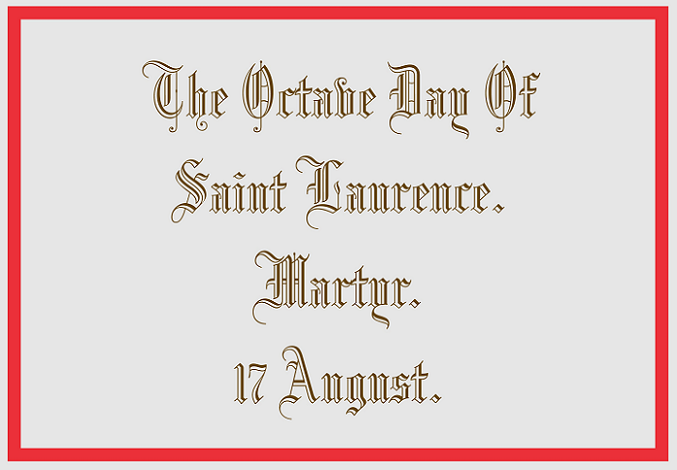 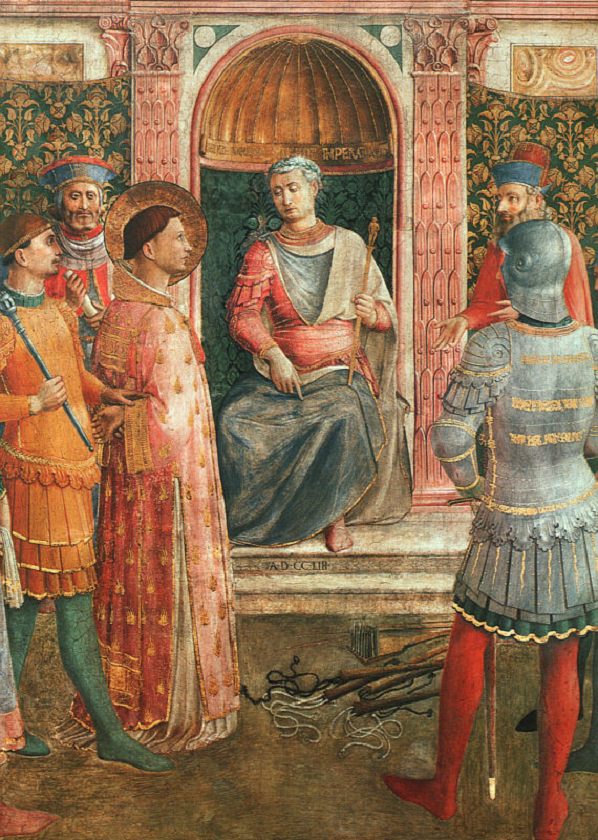 The following Text is taken from Wikipedia.

In the first sense, it is the eighth day after a Feast, reckoning inclusively, and so always falls on the same day of the week as the Feast, itself. The word is derived from Latin octava (eighth), with dies (day) understood.

In the second sense, the term is applied to the whole period of these eight days, during which certain major Feasts came to be observed.

The "eighth day", or Octava Dies, was associated with the weekly Christian Celebration of The Resurrection of Christ every "eighth day", which became a name for Sunday.

As Circumcision was performed on the "eighth day" after birth, the number eight became associated also with Baptism, and Baptismal Fonts have, from an early date, often been octagonal.

The practice of Octaves was first introduced under Emperor Constantine I, when the Dedication Festivities of the Basilicas at Jerusalem and Tyre, Lebanon, were observed for eight days. After these one-off occasions, annual Liturgical Feasts began to be dignified with an Octave.

The first such Feasts were Easter, Pentecost, and, in The East, Epiphany. This occurred in the 4th-Century A.D. and served as a period of time for the newly-Baptised to take a joyful Retreat.

The development of Octaves occurred slowly. From the 4th-Century A.D. to the 7th-Century A.D., Christians observed Octaves with a Celebration on the eighth day, with little development of the Liturgies of the intervening days. Christmas was the next Feast to receive an Octave. By the 8th-Century A.D., Rome had developed Liturgical Octaves, not only for Easter, Pentecost, and Christmas, but also for The Epiphany and The Feast of The Dedication of a Church.

From the 7th-Century A.D., Saints' Feasts also began to have Octaves (an eighth-day Feast, not eight days of Feasts), among the oldest being the Feasts of Saints Peter and Paul, Saint Lawrence and Saint Agnes. From the 12th-Century, the custom developed of Liturgical observance of the days between the first and the eighth day, as well as the eighth day. During The Middle Ages, Octaves for various other Feasts and Saints were Celebrated depending upon the Diocese or Religious Order.

After 1568, when Pope Pius V reduced the number of Octaves, they were still numerous. Not only on the eighth day from the Feast, but on all the intervening days, The Liturgy was the same as on the Feast, itself, with exactly the same Prayers and Scripture Readings.

Octaves were classified into several types:

Easter and Pentecost had "Specially Privileged" Octaves, during which no other Feast whatsoever could be Celebrated;

Christmas, Epiphany, and Corpus Christi had "Privileged" Octaves, during which certain highly-ranked Feasts might be Celebrated. The Octaves of other Feasts allowed even more Feasts to be Celebrated.

Privileged Octaves were further arranged in a hierarchy of First, Second, and Third Orders.

For the first half of the 20th-Century, Octaves were ranked in the following manner, which affected holding other Celebrations within their time-frames:

Privileged Octaves of The First Order:

Privileged Octaves of The Second Order:

Privileged Octaves of The Third Order:


Octave of The Ascension;

Octave of The Sacred Heart.

Octave of The Immaculate Conception BVM;


Octave of The Solemnity of Saint Joseph;

Octave of The Nativity of Saint John the Baptist;

Octave of The Assumption BVM;

Octave of All Saints.


Octave of Saint John the Apostle;

Octave of The Holy Innocents;

Octave of The Nativity BVM.

In addition to these, The Patron Saint of a particular Nation, Diocese, or Church, was Celebrated with an Octave, on each day of which The Mass and Office of The Feast was repeated, unless impeded by another Celebration.

Pope Pius XII simplified The Calendar with a Decree, dated 23 March 1955: Only The Octaves of Christmas, Easter and Pentecost were kept; these Octaves differed from the others in not repeating the same Liturgy daily. All other Octaves in The Roman Rite were suppressed, including those in Local Calendars. (See General Roman Calendar of Pope Pius XII#Octaves.) In 1969, The Roman Catholic Church further revised The Roman Calendar by removing The Octave of Pentecost.

The first eight days of The Easter Season make up The Octave of Easter and are Celebrated as Solemnities of The Lord, with Proper Readings and Prayers. Since 30 April 2000, The "Second Sunday of Easter", which concludes The Easter Octave, has also been called Divine Mercy Sunday.

The Christmas Octave is arranged as follows:

Sunday within The Octave: Feast of The Holy Family; Celebrated on Friday, December 30, when Christmas is a Sunday;

27 December: Feast of John the Apostle;

28 December: Feast of The Holy Innocents;

29 - 31 December: Days within The Octave, with assigned Readings and Prayers, on which the Celebration of Optional Memorials is permitted according to special rubrics (but, as noted above, when Christmas is a Sunday, The Feast of The Holy Family is Celebrated on 30 December);

1 January: Octave Day of The Nativity; Solemnity of Mary, Mother of God.

Among The Eastern Orthodox and Byzantine Rite Eastern Catholic Churches, what in The West would be called an Octave is referred to as an Afterfeast. The Celebration of The Great Feasts of The Church Year are extended for a number days, depending upon the particular Feast. Each day of an Afterfeast will have particular Hymns assigned to it, continuing the theme of The Feast being Celebrated.

Most of these Great Feasts also have a day or more of preparation called a Forefeast (those Feasts that are on the moveable Paschal Cycle do not have Forefeasts). Forefeasts and Afterfeasts will affect the structure of the Services during The Canonical Hours.

The term "Octave" is applied to some Church Observances that are not strictly Liturgical. For example, many Churches observe an annual "Octave of Prayer for Christian Unity", which runs from 18 January to 25 January.

In 1968, The World Council of Churches and The Vatican's Pontifical Council for Promoting Christian Unity agreed to jointly publish Prayer materials for the occasion under the title "Week of Prayer for Christian Unity", but it is still often referred to as an Octave, especially within The Roman Catholic and Anglo-Catholic Traditions. The Week of Prayer is observed at various times around the World, especially in The Southern Hemisphere, where it is commonly observed from Ascension to Pentecost.

Email ThisBlogThis!Share to TwitterShare to FacebookShare to Pinterest
Labels: The Octave Day Of Saint Laurence. 17 August.