Text and Pictures taken from Wikipedia, the free encyclopedia
unless otherwise accredited 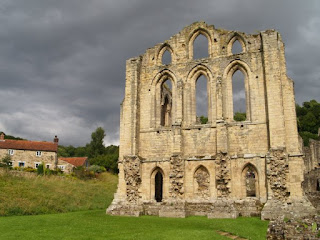 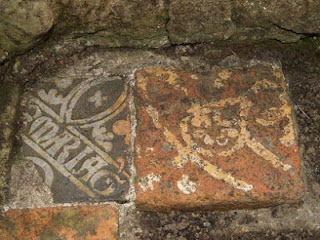 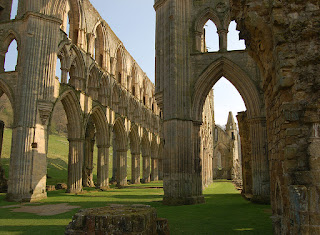 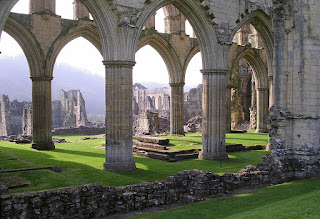 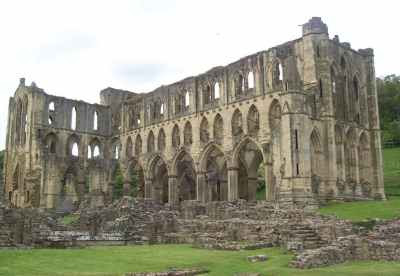 Aelred was one of three sons of Eilaf, priest of St Andrew's at Hexham and himself a son of Eilaf, treasurer of Durham. He was born in Hexham, Northumbria, in 1110. 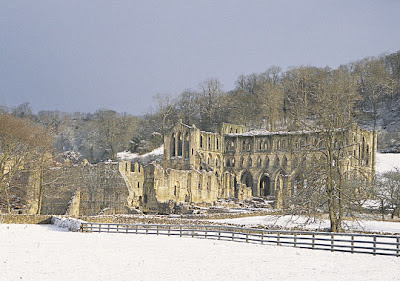 Aelred spent several years at the court of King David I of Scotland, rising to the rank of Master of the Household before leaving the court at age twenty-four (in 1134) to enter the Cistercian Abbey of Rievaulx in Yorkshire. He may have been partially educated by Lawrence of Durham, who sent him a hagiography of Saint Brigid.

Aelred became the Abbot of a new house of his Order at Revesby in Lincolnshire in 1142 and in 1147 was elected Abbot of Rievaulx, itself, where he spent the remainder of his life. Under his administration, the Abbey is said to have grown to some hundred monks and four hundred lay brothers. He made annual visitations to Rievaulx's daughter-houses in England and Scotland and to the French abbeys of Cîteaux and Clairvaux. 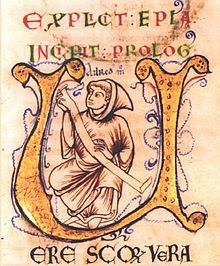 
Aelred wrote several influential books on Spirituality, among them Speculum caritatis ("The Mirror of Charity," reportedly written at the request of Bernard of Clairvaux) and De spiritali amicitia ("On Spiritual Friendship"). He also wrote seven works of history, addressing two of them to Henry II of England, advising him how to be a good king and declaring him to be the true descendent of Anglo-Saxon kings. Until the 20th-Century, Aelred was generally known as a historian rather than as a spiritual writer; for many centuries his most famous work was his Life of Saint Edward, King and Confessor.


Aelred died on January 12, 1167, at Rievaulx. He is recorded as suffering from the stone (hence his patronage) and arthritis in his later years. He is listed for January 12 in the Roman Martyrology and the calendars of various churches. 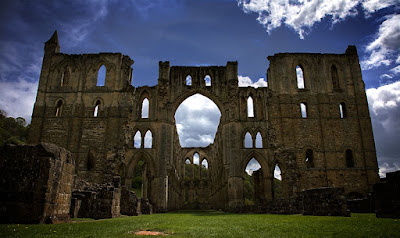 
For his efforts in writing and administration, Aelred has been called by David Knowles the "St. Bernard of the North." Knowles, a historian of monasticism in England, also described him as "a singularly attractive figure … . No other English monk of the 12th-Century so lingers in the memory."

All of Aelred's works have appeared in translation, most in English, but all in French.

Aelred's work, private letters, and his "Life", by Walter Daniel, another 12th-Century monk of Rievaulx, have led historians, such as John Boswell of Yale University and Brian Patrick McGuire of Roskilde University in Denmark, to suggest that he was homosexual. For example, in writing to an anchoress in "The Formation of Anchoresses", Aelred speaks of his youth as the time when she held on to her virtue and he lost his.

All of his works, nevertheless, encourage virginity among the unmarried and chastity in marriage and widowhood and warn against any sexual activity outside of marriage; in all his works in later life he treats of extra-marital sexual relationships as forbidden and condemns "unnatural relations" as a rejection of charity and the law of God. He criticized the absence of pastoral care for a young nun who experienced rape, pregnancy, beating, and a miraculous delivery in the Gilbertine community of Watton.
Posted by Zephyrinus at 16:44:00
Labels: Abbot, Rievaulx Abbey, Saint Aelred of Rievaulx