Text and Illustrations from Wikipedia - the free encyclopaedia,
unless otherwise stated. 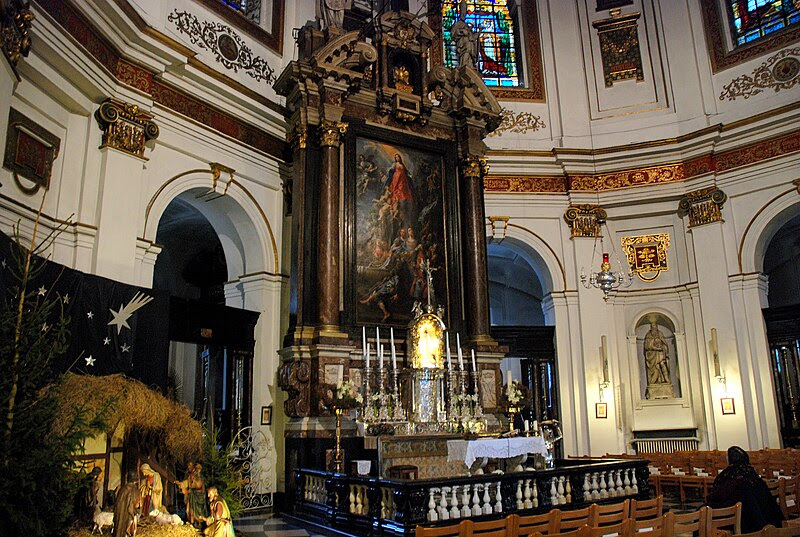 
Baroque aesthetics, whose influence was so potent in Mid-17th-Century France, made little impact in England during the Protectorate and the first Restoration years. For a decade between the death of Inigo Jones, in 1652, and Christopher Wren's visit to Paris, in 1665, there was no English architect of the accepted premier class. Unsurprisingly, general interest in European architectural developments was slight.

It was Wren who presided over the genesis of the English Baroque manner, which differed from the Continental models by a clarity of design and a subtle taste for classicism. Following the Great Fire of London, Wren rebuilt fifty-three Churches, where Baroque aesthetics are apparent primarily in dynamic structure and multiple changing views.

His most ambitious work was Saint Paul's Cathedral, which bears comparison with the most effulgent domed Churches of Italy and France. In this majestically proportioned edifice, the Palladian tradition of Inigo Jones is fused with contemporary Continental sensibilities in masterly equilibrium. Less influential were straightforward attempts to engraft the "Bernini-esque" vision onto British Church architecture (e.g., by Thomas Archer in Saint John's, Smith Square, 1728). 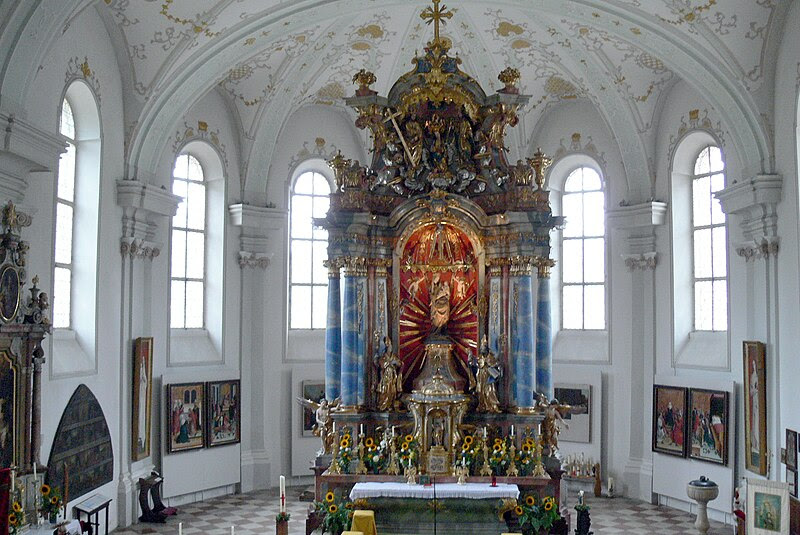 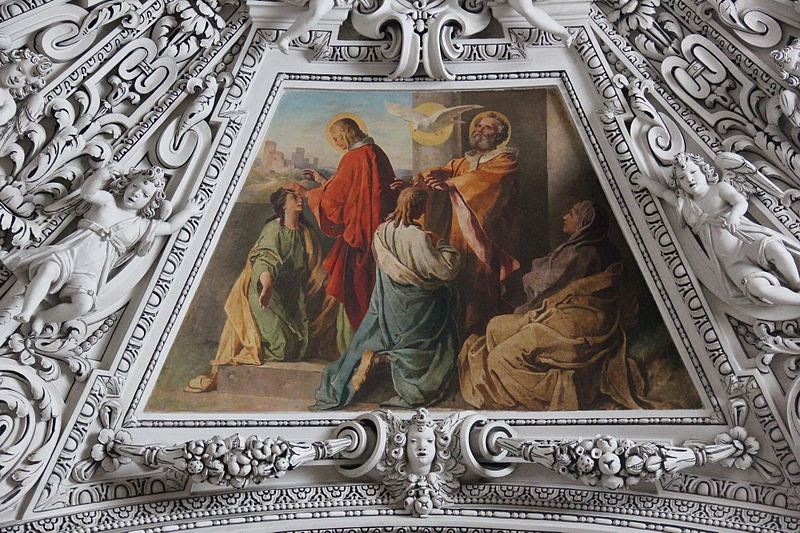 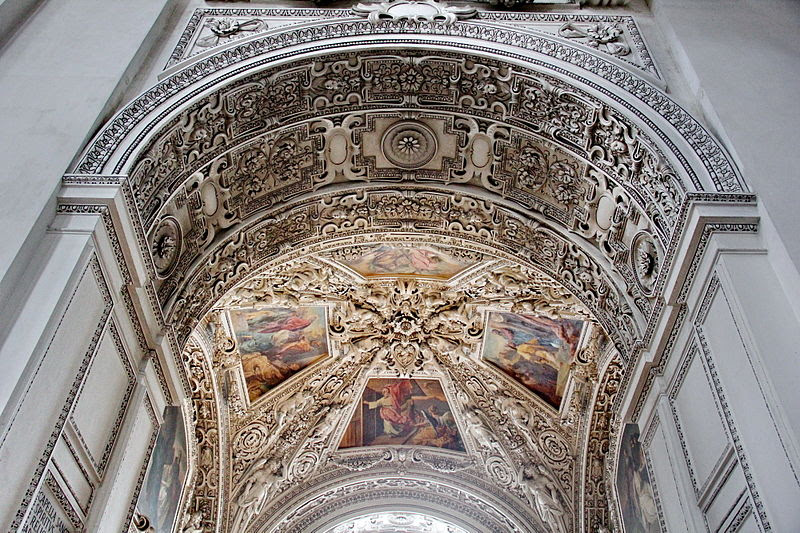 Although Wren was also active in secular architecture, the first truly Baroque Country House in England was built to a design by William Talman at Chatsworth, starting in 1687. The culmination of Baroque architectural forms comes with Sir John Vanbrugh and Nicholas Hawksmoor. Each was capable of a fully developed architectural statement, yet they preferred to work in tandem, most notably at Castle Howard (1699) and Blenheim Palace (1705).

Although these two Palaces may appear somewhat ponderous or turgid to Italian eyes, their heavy embellishment and overpowering mass captivated the British public, albeit for a short while. Castle Howard is a flamboyant assembly of restless masses dominated by a cylindrical domed tower, which would not be out of place in Dresden or Munich.

Blenheim is a more solid construction, where the massed stone of the arched gates and the huge solid portico becomes the main ornament. Vanbrugh's final work was Seaton Delaval Hall (1718), a comparatively modest mansion, yet unique in the structural audacity of its style. It was at Seaton Delaval that Vanbrugh, a skillful playwright, achieved the peak of Restoration drama, once again highlighting a parallel between Baroque architecture and contemporary theatre. Despite his efforts, Baroque was never truly to the English taste and well before his death, in 1724, the style had lost currency in Britain. 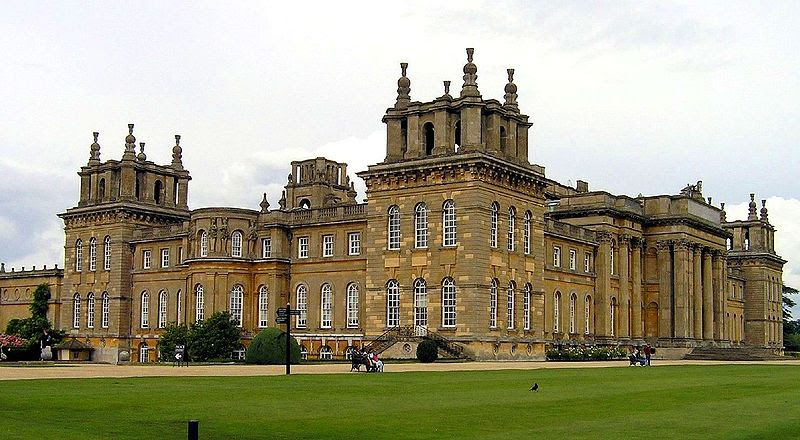 In the Holy Roman Empire, the Baroque period began somewhat later. Although the Augsburg architect, Elias Holl (1573–1646), and some "Theoretists", including Joseph Furttenbach the Elder, already practiced the Baroque style, they remained without successors due to the ravages of the Thirty Years' War. From about 1650 on, construction work resumes, and secular and ecclesiastical architecture are of equal importance.

During an initial phase, master-masons from Southern Switzerland and Northern Italy, the so-called magistri Grigioni and the Lombard master-masons, particularly the Carlone family from Val d'Intelvi, dominated the field. However, Austria came soon to develop its own characteristic Baroque style during the last third of the 17th-Century. Johann Bernhard Fischer von Erlach was impressed by Bernini. He forged a new Imperial Style by compiling architectural motifs from the entire history, most prominently seen in his Church of Saint Charles Borromeo in Vienna. Johann Lucas von Hildebrandt also had an Italian training. He developed a highly decorative style, particularly in façade architecture, which exerted strong influences on Southern Germany.

Email ThisBlogThis!Share to TwitterShare to FacebookShare to Pinterest
Labels: Baroque.