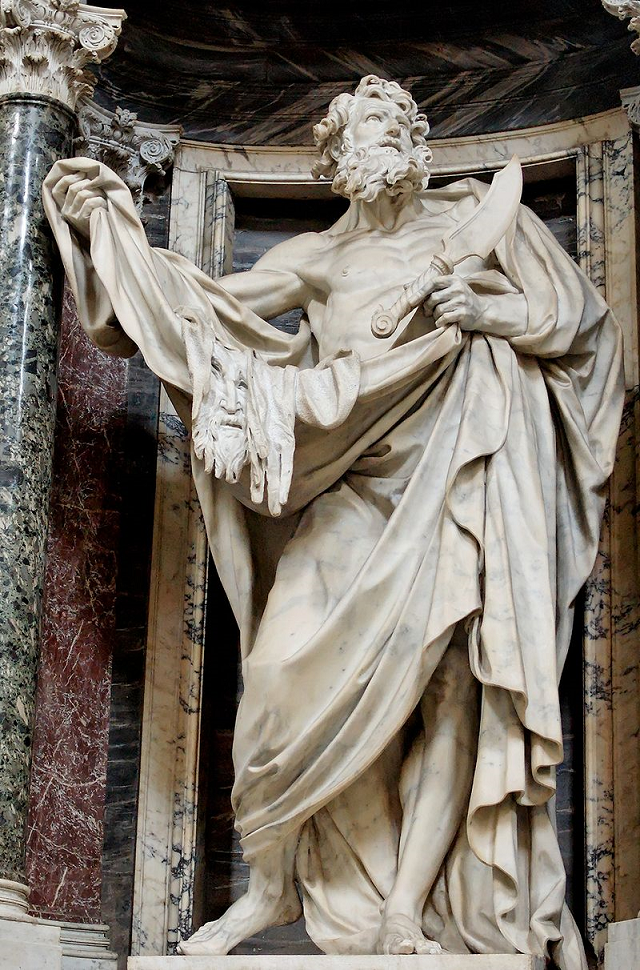 Bartholomew, or, the son of Tholomy, is, according to common opinion, the Disciple whom Saint Philip brought to Our Lord , under the name of Nathanael, and whom The Master praised on account of his innocence and the simplicity of his heart.

["Philip met Nathanael and said to him: The one of whom Moses has written in The Law, and whom The Prophets have announced, we have found: It is Jesus of Nazareth, the son of Joseph. And Nathanael said to him: Can anything good come from Nazareth ? Philip said to him: Come and see. Jesus saw Nathanael coming towards him and said of him: That is a true Israelite, in whom there is no guile. Nathanael said to Him: Whence knowest thou me ? Jesus answered: Before Philip called thee, when thou wast under the Fig Tree, I saw thee. Nathanael replied: Rabbi. Thou art The Son of God. Thou art The King of Israel." John i, 45-49.] 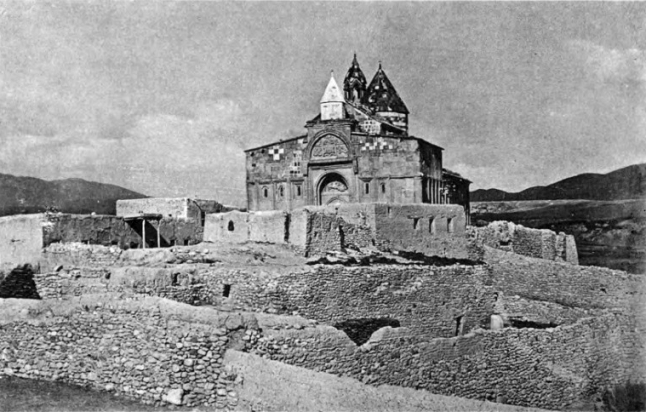 
For the Gospel of Saint John, never mentioning Saint Bartholomew among The Apostles, says that Philip and Nathanael came together to Jesus, and that he was among the Disciples to whom The Saviour appeared after The Resurrection on the shore of The Sea of Galilee. The other Gospels never use the name of Nathanael, but, after Philip, they always mention Bartholomew.

Born at Cana, in Galilee, he was placed by Jesus among The Twelve (Gospel) and he was a witness of the principal actions of Jesus upon the Earth. "The first gift vouchsafed to The Church by The Holy Ghost," says Saint Paul, "is the Grace of The Apostleship" (Epistle). 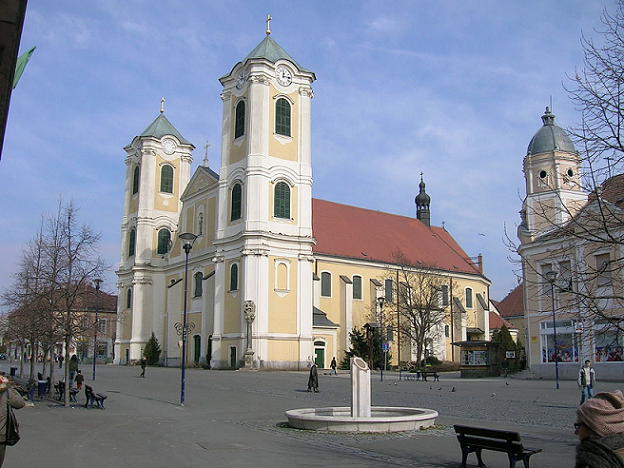 
He Preached The Faith in Arabia Felix: According to certain Traditions, he was flayed alive. He is thus represented in the beautiful White Marble statue, by Cibo, in Milan Cathedral, Italy.

His Relics are Venerated at Rome, in the Church of Saint Bartholomew, on an island formed by The River Tiber. His name is mentioned in The Canon of The Mass among The Apostles.

Let us joyfully Celebrate The Feast of Saint Bartholomew, who, in Heaven, Praises God, among the Glorious Choir of The Apostles (Alleluia), and let us ask God to grant to His Church to love what He believed and to Preach what he himself taught (Collect).