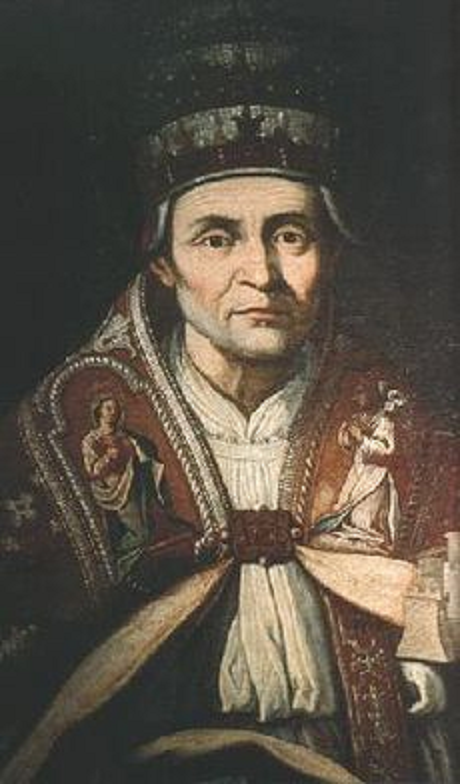 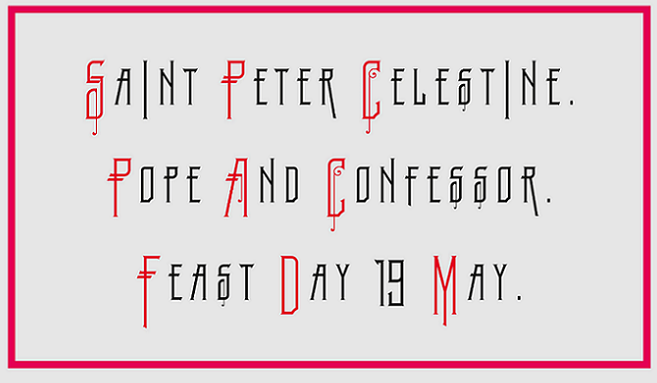 Among all the Pastors to whom Jesus lovingly committed the care of His Church, Saint Peter Celestine is the one who most particularly shows forth the virtue of humility, the foundation of all Holiness [Rule of Saint Benedict. Chapter Seven] according to Saint Benedict, his father in God.

Born in 1221, he retired into the desert when hardly adolescent (Gospel), and his virtues soon drew disciples round him. Such was the origin of The Branch of The Benedictine Order, known since under the name of "The Celestines", from the name which Saint Peter took when he became Pope in 1294.

At the age of seventy-two, he had to leave his sweet solitude, received full Sacerdotal power (Introit, Epistle) and occupied The Chair of Saint Peter (Communion), which had been vacant twenty-seven months. Raised to this eminent dignity, he thought himself incapable of bearing such a burden, and, "placing humility above that elevation" (Collect), he voluntarily resigned the highest dignity.
Saint Peter Celestine.
Pope and Confessor.
Available on YouTube at
YOU TUBE
He ended his days in contemplation, which his Soul craved for, and he died on 19 May 1296.

Following the example of Saint Peter Celestine, let us despise the honours of this World, in order to attain possession of the rewards promised to the humble (Collect).

Mass: Státuit.
Commemoration: Saint Pudentiana, by the Collects of The Mass: Dilexísti.
Gospel: Ecce nos reliquimus.
Posted by Zephyrinus at 00:00:00