[Today is, also, Lammas Day. See The Breviary notes, below.] 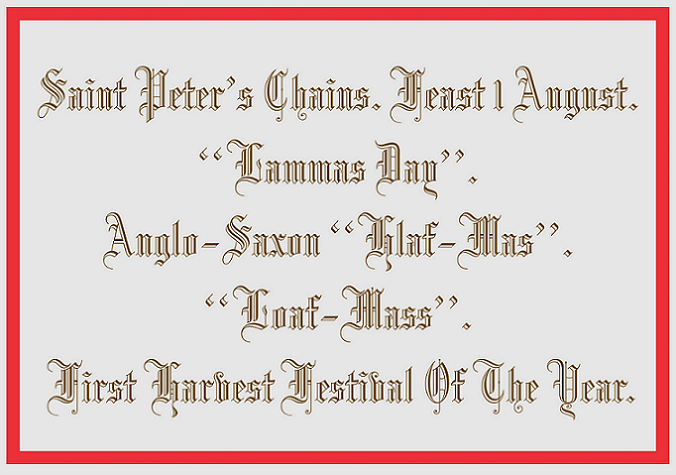 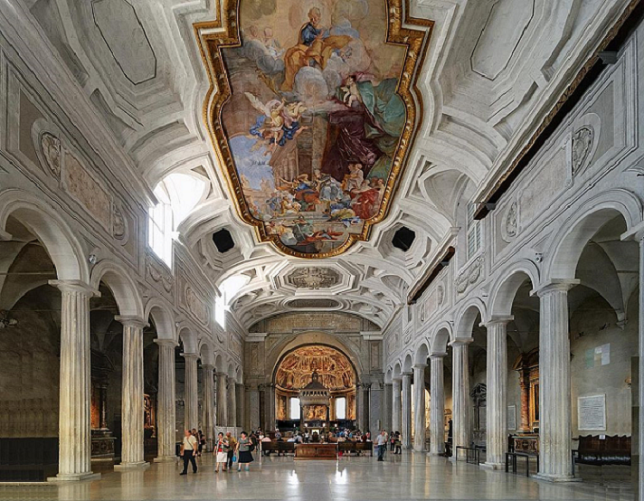 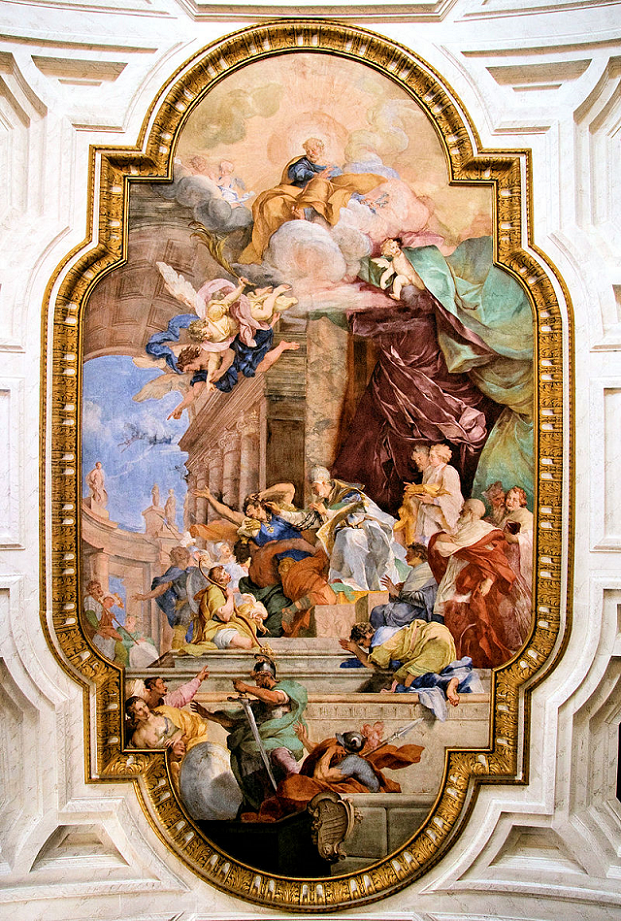 The Miracle of The Chains.
18th-Century fresco, by Giovanni Battista Parodi,
in the centre of the Coffered Ceiling of the
Basilica of Saint Peter-in-Chains (San Pietro-in-Vincoli), Rome.
Photo: 26 December 2009.
Source: San_Pietro_in_Vincoli_-_ceiling,_Rome.jpg
Author: San_Pietro_in_Vincoli_-_ceiling,_Rome.jpg: Maros M r a z (Maros).
Derivative work: Alberto Fernandez Fernandez
(Wikimedia Commons)
The Church Venerates on this day in the Basilica of Saint Peter-ad-Vincula (Saint Peter-in-Chains), on Mount Esquiline, Rome, Italy, The Chains with which The Prince of The Apostles was fettered (Collect, Epistle).

This Church, where The Station is held on the Monday of The First Week in Lent and on the Monday in The Octave of Pentecost, was built over The Baths of Trajan and restored towards the middle of the 5th-Century A.D., by the Princess Eudoxia, whence the name of Eudoxian Basilica, sometimes given to it. It was Dedicated on this day.

The date of 1 August was chosen so as to substitute a Solemnity in honour of the Apostle, Bishop of Rome, and Head of The Church (Alleluia, Gospel, Communion) for the pagan festival which used to be kept at Rome in honour of the Emperor Augustus. 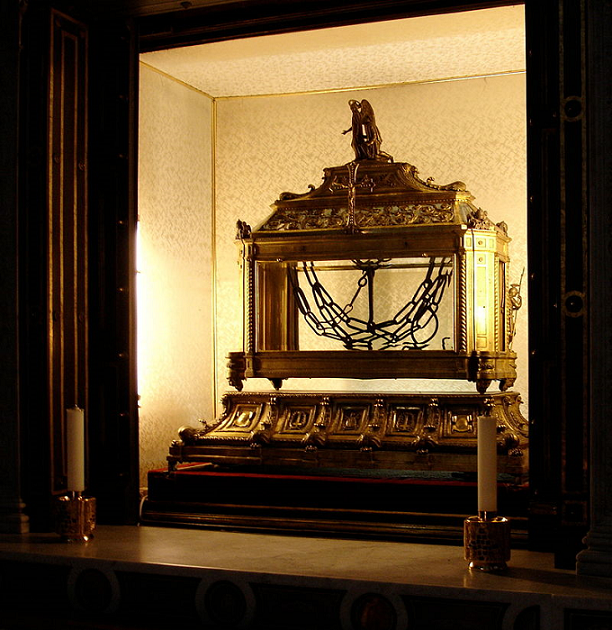 [As a compliment to the Emperor Augustus, the Romans gave his name to the sixth Month of the Year, formerly called Sextilis, for, in Old Rome, the Year began in March. The word "August" comes from Augustus, as July is from Julius Caesar. The following Months kept their denominations of seventh (September), eighth (October), ninth (November), and tenth (December).]

The Chains of Saint Peter are in two portions; one having eleven links of lengthened shape to bind the hands, and, the other, twenty-three links, to the last of which are fixed two half-circles, to hold the neck.

The Popes used to send, as a rich present, a few particles of the filings of these Chains, enclosed in a Golden Key. They symbolise the power of The Keys by which Saint Peter unbinds from sin.

They were also put into Rings or Crosses, to preserve from dangers (Collect). On the same day, The Church honours Saint Paul. There are preserved, with Saint Peter's Chains, four links of The Chains which bound Saint Paul's arms during his captivity at Rome. 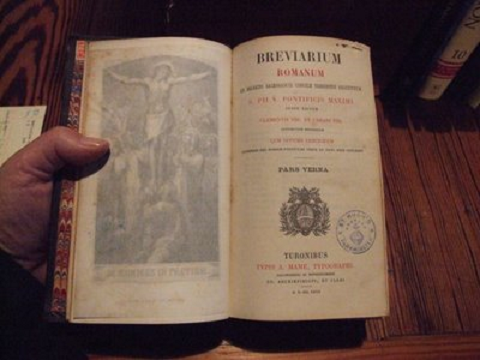 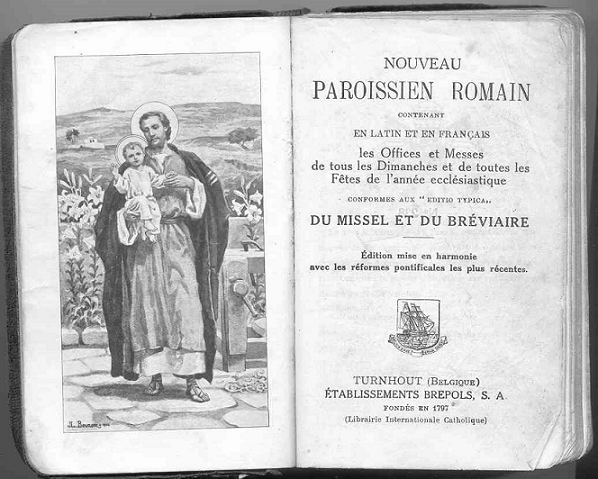 Illustration: RORATE CÆLI
The following Text is from
The Pre-1911 Roman Breviary
(Volume II. Summer).
Translated out of Latin into English by
John, Marquess of Bute, K.T.

In some English-speaking Countries in The Northern Hemisphere, 1 August is Lammas Day (Anglo-Saxon "hlaf-mas", "Loaf-Mass"), The Festival of The Wheat Harvest, and is the first Harvest Festival of the Year.

Included, in The Common Office for an Apostle, is:
The Prayer.
O, God,
Who didst make the chains to fall off
from the hands of Thy Blessed Apostle, Peter,
and didst cause him to go away unhurt
out of prison, make to fall off from us,
we beseech Thee, the chains of our sins,
and in Thy great mercy
deliver us from all evil.
Through Our Lord Jesus Christ Thy Son,
Who liveth and reigneth with Thee,
in the unity of The Holy Ghost,
one God, World without end.
Amen.
Posted by Zephyrinus at 00:00:00