Saint Simon and Saint Jude.
Illustration: UNA VOCE OF ORANGE COUNTY
Artist: René de Cramer.
“Copyright Brunelmar/Ghent/Belgium”.
Used with Permission.
Jude, or Thaddeus, had asked The Master, at The Last Supper, why He manifested Himself to The Apostles and not to the World. Jesus answered that He only manifested Himself to Souls who show Him their fidelity by observing His Commandments.

While Simon announced the Gospel to the peoples of The East, Jude wrote his catholic Epistle, which is still read in The West, and "which", declares Origen, "contains strong Doctrine in a few lines".

In the first part, he foretells the condemnation of heretics; he compares them to clouds without water, to Autumn trees without fruit, and to wandering stars, for whom profound darkness is apportioned for all Eternity. Like the rebel Angels, they shall burn for ever in avenging flames.

In the second part, he exhorts The Faithful not to be deceived by the seducers, but to remain firm in their Faith in God and Christ. ["My well-beloved, rising like an edifice on the Foundation of your Holy Faith and Praying by The Holy Ghost, keep yourselves in the love of God."
The Archangel Saint Michael, Saint Jude again declares, was established by The Most High as Guardian of The Tomb of Moses. Having, on this occasion, to fight with Satan, probably to hinder him taking possession of the Prophet's body, out of respect for his Angelical dignity, he left to God to condemn him Himself, saying: "May The Lord rebuke him."

The Church puts these very words on the lips of the Priests in The Prayers of Pope Leo XIII, which are said after Low Mass at the foot of the Altar. (Editor: The Leonine Prayers.)] 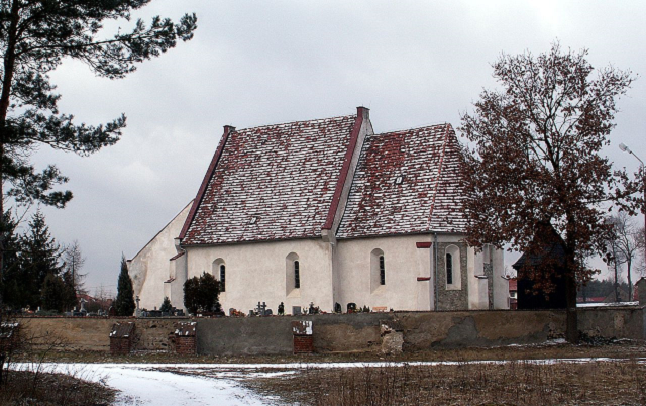 According to Tradition, Saint Jude suffered Martyrdom, about 65 A.D., in Beirut, in the Roman Province of Syria, together with the Apostle, Simon the Zealot, with whom he is usually connected. The axe that he is often shown holding in pictures symbolises the way in which he was killed.

Their Acts and Martyrdom were recorded in an Acts of Simon and Jude, that was among the collection of passions and legends traditionally associated with the legendary Abdias, Bishop of Babylon, and said to have been translated into Latin by his disciple, Tropaeus Africanus, according to the Golden Legend account of the Saints.