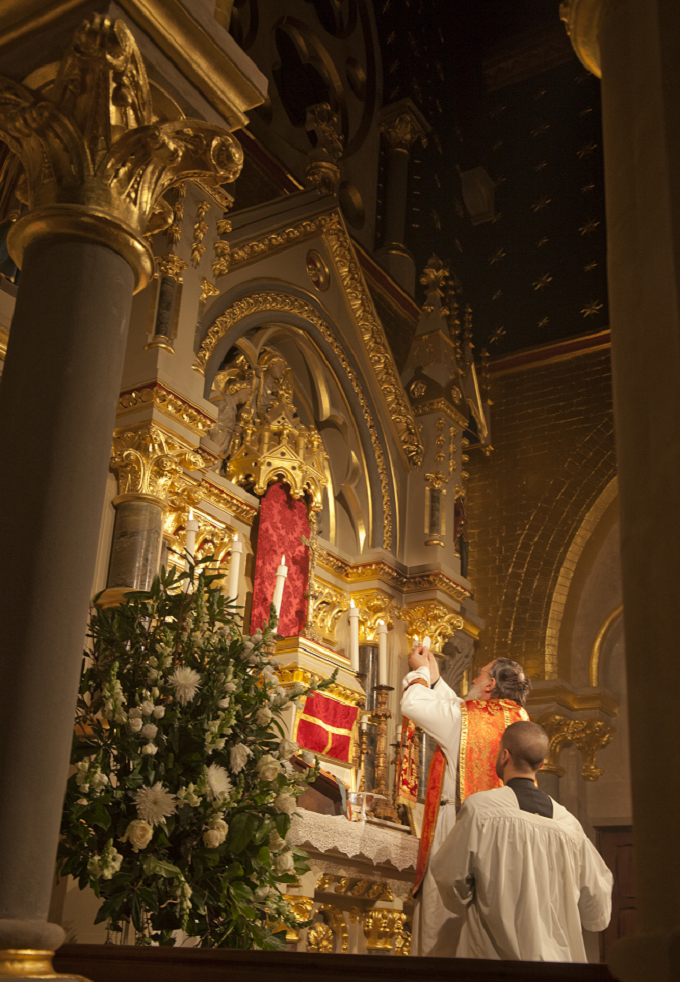 The Latin Mass Society Chairman, Joseph Shaw,
speaks about the formation of a new Chant Schola for London. 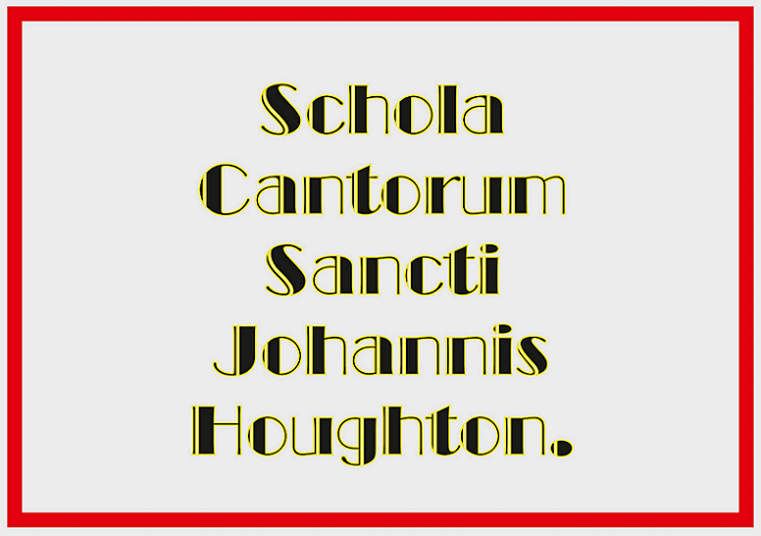 The Latin Mass Society's London Chant Schola, The Schola Cantorum Sancti Ioannis Hougton, has now established itself over the last few years or so.

The Divine Holy Masses, 6.30 p.m., on Monday evenings, at Corpus Christi Church, 1, Maiden Lane, London WC2E 7NB, present a problem from the musical point of view, because London-based Singers find it difficult to get there in time for an extended rehearsal before Mass starts, after their work day.
The Schola Cantorum Sancti Ioannis Hougton rehearses on the previous Friday evening, in The Latin Mass Society's Office at 11 - 13 Macklin Street, London WC2B 5NH. E-mail: info@lms.org.uk Telephone: 020 7404 7284.
I attended the first of these rehearsals, as did The Schola's Chaplain, the usual Celebrant at The Maiden Lane Masses, Fr. Gabriel Diaz Patri.

The Schola’s members turned out to have every level of experience, from “lots” to “none”, and it was very interesting to see them develop as a group. The first Mass went extremely well, thanks to the seriousness of the Singers and the preparation and leadership of Matthew Schellhorn, its Director and The Latin Mass Society's Director of Music for London. 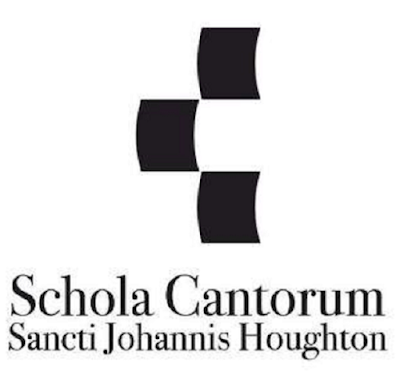 A new Schola for London.
Matthew Schellhorn,
The Latin Mass Society Director of Music for London,
writes about The Schola Cantorum Sancti Johannis Houghton.
At the start of 2019, The Latin Mass Society established a new Gregorian Chant initiative, designed to help a new generation of Chant enthusiasts be trained for singing in The Sacred Liturgy.
Working with Professional Singers, the new all-male Schola Cantorum began to accompany selected Traditional Catholic Liturgies (Mass and The Divine Office) in the London area, including some of the long-established regular Monday evening Masses in the beautifully-restored Corpus Christi Church, Maiden Lane, Covent Garden, London.
Members of The Schola gave Service at Holy Week in 2019 (and stood ready to do so in 2020 before the Coronavirus pandemic), at Masses for The Catholic Medical Association, and at our Annual Latin Mass Society Pilgrimage to Aylesford, Kent.

For our Patron, we chose a Saint with links to our local area. Essex-born Carthusian Monk, Saint John Houghton, was the Proto-Martyr of The Protestant Revolt in England, being hanged, drawn and quartered at Tyburn in 1535.

As Prior of The London Charterhouse in The City of London, he had refused to take the Oath demanded by The Act of Supremacy. He was Beatified in 1886 and Canonised in 1970. The Logo of The Schola is a double reference to the Chant “neume torculus” and the infamous three-legged Tyburn Tree.

That The Church requires greater capacity to Service its Sacred Music with high-quality singing is undeniable. Summorum Pontificum not only led to a widening access to The Traditional Mass, but, in doing so, has also inspired many colleagues of mine to assess their professional output in light of a sense of Vocation.
Such a re-commitment to The Church’s needs is long overdue; those involved in Music in Churches, just after the time of The Reform, including our Late-Patron, Colin Mawby, give testimony to the fact that Sacred Music was a first casualty of Modernistic Trends in the 1950s and 1960s, and, of course, the desultory state of Catholic Liturgical Music in the ensuing decades need not be spoken of.

We are inspired by the perennial Teaching of The Church in relation to the Music specifically endorsed to accompany its Ceremonies. Pope Saint Pius X wrote, in “Tra le Sollicitudine” (1903): “These qualities [holiness, artistic beauty, and universality] are to be found, in the highest degree, in Gregorian Chant, which is consequently the Chant proper to The Roman Church, the only Chant she has inherited from the Ancient Fathers, which she has jealously guarded for Centuries in her Liturgical codices, which she directly proposes to The Faithful as her own, which she prescribes exclusively for some parts of The Liturgy.”

The Schola’s regular schedule of rehearsal and performance opportunities, in Central London, makes it possible for those with no previous experience of singing Gregorian Chant to learn how to do so.
Our new Schola has seen a group of very committed gentlemen give of their time, and not inconsiderable natural abilities, towards refining their musical skills to an extent I have rarely seen in grass-roots initiatives.

And so, six singers, some of whom had never sung solo before, have been trained to “Cantor Standard” and have led the Schola on several occasions, all of which would be unthinkable without regular, gradated, training and support.
On several occasions, I have invited singers from The London Oratory and Westminster Cathedral to give Vocal Training and to lead Workshops.

From the start, I believed we should “plug in” to Spiritual Assistance, not only when “On Duty”, but also while rehearsing. I was delighted that Fr. Gabriel Díaz Patri agreed to be our Advisor, not only on account of his Priestly Ministry, but also his musical skills and insight.
He regularly attends rehearsals, giving valuable input and joining us for The Divine Office – having studied the repertoire for our forthcoming duties, we often conclude with sung Compline.

The Schola Cantorum Sancti Johannis Houghton meets on Friday evenings at the start of the month. Those who feel the call to help are welcome to get in touch. There is no charge and all music is provided. An ability to follow direction, to maintain group ethos, and to be organised, is required, and we say that due respect for the Spirituality of The Sacred Chant and the culture of The Church’s Sacred Environment is expected.

Perhaps our musician readers – or indeed our newly-trained Chant Singers – will wish to begin a similar initiative elsewhere ?

Matthew Schellhorn is The Latin Mass Society’s Director of Music for London. He has had a deep love of Sacred Music since his childhood, and continues to campaign for the raising of musical standards in the life of The Catholic Church. He can be contacted at dirmusic@lms.org.uk