Unless otherwise stated, Illustrations are taken from
Una Voce of Orange County web-site at http://uvoc.org/,
which reproduced them, with the kind permission of St. Bonaventure Press, from
The Saint Andrew Daily Missal, 1952 Edition. 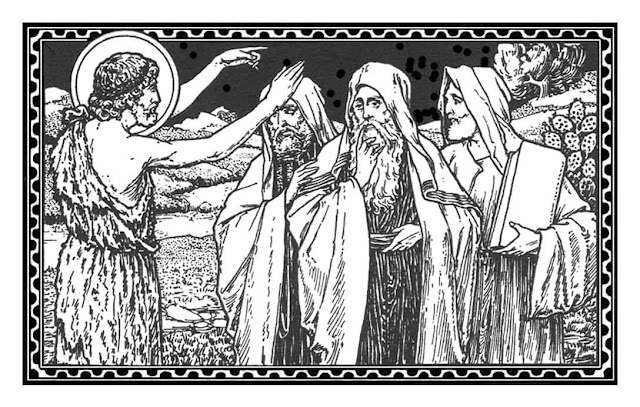 I am the voice of one crying in the wilderness, make straight the way of the Lord.

Saint Ivo of Chartres, Saint Bernard of Clairvaux, and several other Doctors of the 11th- and 12-Centuries, have left us Set Sermons de Adventu Domini, quite distinct from their Sunday Homilies on the Gospels of that Season.

In the capitularia of Charles the Bald, in 846 A.D., the Bishops admonish that Prince not to call them away from their Churches during Lent or Advent, under pretext of affairs of State or the necessities of war, seeing that they have special duties to fulfil, and particularly that of preaching during those sacred times.

The oldest document in which we find the length and exercises of Advent mentioned with anything like clearness, is a passage in the second book of the History of the Franks, by Saint Gregory of Tours, where he says that Saint Perpetuus, one of his predecessors, who held that See about the year 480 A.D., had decreed a Fast three times a week, from the Feast of Saint Martin until Christmas. It would be impossible to decide whether Saint Perpetuus, by his regulations, established a new custom, or merely enforced an already existing law. Let us, however, note this interval of forty, or rather forty-three, days, so expressly mentioned, and consecrated to penance, as though it were a second Lent, though less strict and severe than that which precedes Easter. 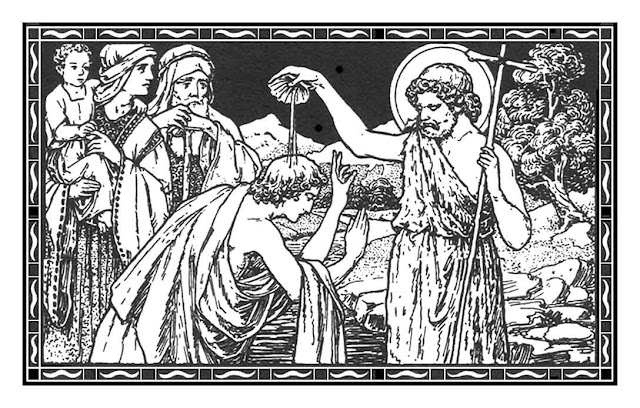 John preaching the Baptism of Penance.


Later on, we find the Ninth Canon of the First Council of Macon, held in 582 A.D., ordaining that during the same interval between Saint Martin's Day and Christmas, the Mondays, Wednesdays, and Fridays, should be Fasting Days, and that the Sacrifice should be celebrated according to the Lenten Rite.

Not many years before that, namely in 567 A.D., the Second Council of Tours had enjoined the monks to Fast from the beginning of December till Christmas. This practice of penance soon extended to the whole forty days, even for the laity; and it was commonly called Saint Martin's Lent.

The capitularia of Charlemagne, in the sixth book, leave us no doubt on the matter; and Rabanus Maurus, in the second book of his Institution of clerics, bears testimony to this observance. There were even special rejoicings made on Saint Martin's Feast, just as we see them practised now at the approach of Lent and Easter.

Email ThisBlogThis!Share to TwitterShare to FacebookShare to Pinterest
Labels: Advent