Illustrations taken from Una Voce of Orange County web-site at http://uvoc.org/,
which reproduced them, with the kind permission of St. Bonaventure Press, from
The Saint Andrew Daily Missal, 1952 Edition. 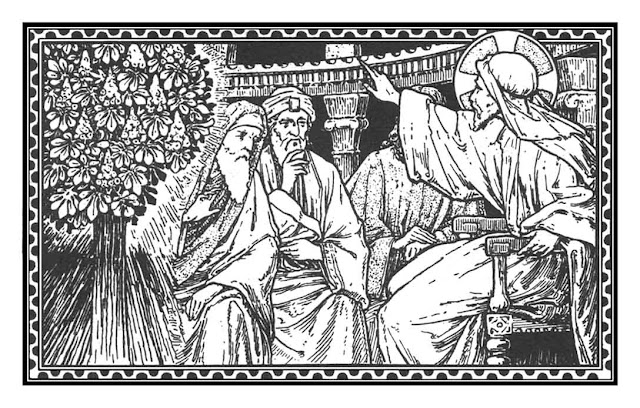 "See the fig tree and all the trees; when they now shoot forth their fruit,
you know that Summer is nigh;
so you, also, when you shall see these things come to pass,
know that the Kingdom of God is at hand."

The History of Advent

The name, Advent, (from the Latin word, Adventus, which signifies a coming) is applied, in the Latin Church, to that period of the year during which the Church requires the faithful to prepare for the celebration of the Feast of Christmas, the anniversary of the birth of Jesus Christ.

The mystery of that great day had every right to the honour of being prepared for by prayer and works of penance; and, in fact, it is impossible to state, with any certainty, when this season of preparation (which had long been observed before receiving its present name of Advent) was first instituted.

It would seem, however, that its observance first began in the West, since it is evident that Advent could not have been looked on as a preparation for the Feast of Christmas, until that Feast was definitively fixed to the 25th of December; which was done in the East only towards the close of the 4th-Century; whereas it is certain that the Church of Rome kept the Feast on that day at a much earlier period. 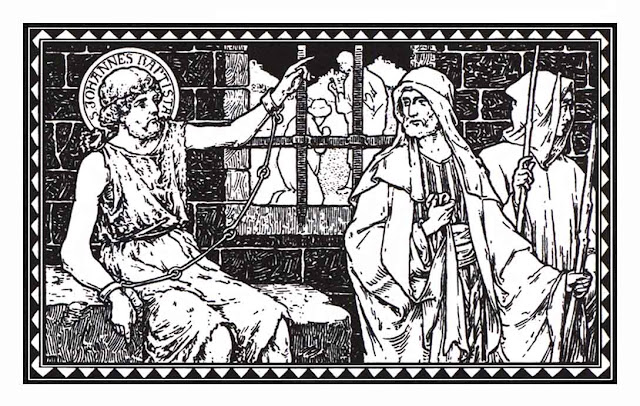 John sent two of his disciples to Christ.

We must look upon Advent in two different lights: First, as a time of preparation, properly so called, for the birth of our Saviour, by works of penance; and, secondly, as a series of ecclesiastical Offices drawn up for the same purpose.

We find, as far back as the 5th-Century, the custom of giving exhortations to the people in order to prepare them for the Feast of Christmas. We have two sermons of Saint Maximus of Turin on this subject, not to speak of several others which were formerly attributed to Saint Ambrose and Saint Augustine, but which were probably written by Saint Cesarius of Arles.

If these documents do not tell us what was the duration and what the exercises of this holy season, they at least show us how ancient was the practice of distinguishing the time of Advent by special sermons.

Email ThisBlogThis!Share to TwitterShare to FacebookShare to Pinterest
Labels: Advent