Italic Text and Illustrations taken from The Saint Andrew Daily Missal,
1952 edition, with the kind permission of ST. BONAVENTURE PRESS 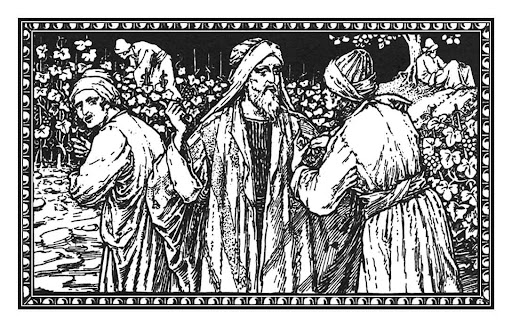 Go you also into My Vineyard.

In order to understand fully the meaning of the Text of today's Mass, we must study it in connection with The Lessons of The Breviary, since, in The Church's mind, The Mass and The Divine Office form one whole.

The Lessons and Responses in The Night Office are taken this week from The Book of Genesis. In them is related the story of The Creation of the World and of man, of our first parents' fall and the promise of a Redeemer, followed by the murder of Abel and a record of the generations from Adam to Noah.

"In the beginning," we read, "God created Heaven and Earth and upon the Earth He made man . . . and He placed him in a garden of paradise to be mindful of it and tend it" (Third and Fourth Responses at Matins).

All this is a figure. Here is Saint Gregory's exposition. "The Kingdom of Heaven is compared to the proprietor who hires labourers to work in his vineyard. Who can be more justly represented as Head of a household than Our Creator, Who governs all creatures by His Providence and Who, just as a Master has servants in his house, has His Elect in this world, from the Just Abel to the last of His Chosen, destined to be born at the very end of time ?

The vineyard which He owns is His Church, while the labourers in this vineyard are all those who, with a true Faith, have set themselves, and urged others, to the task of doing good. By those who came at the first, as well as at the third, sixth and ninth hours, are meant the ancient people of the Hebrews, who, from the beginning of the world, striving in the persons of their Saints to serve God with a right Faith, ceased not, as it were, to work in cultivation of the vineyard.

But, at the eleventh hour, the Gentiles are called and to them are spoken the words: "Why stand ye here all the day, idle ?" (Third Nocturn). Thus, all are called to work in the Lord's vineyard, by sanctifying themselves and their neighbour in glorifying God, since sanctification consists in searching for our supreme happiness in Him, alone.

Adam failed in his task and God told him: "Because thou hast eaten of the tree, whereof I commanded thee that thou shouldest not eat, cursed is the Earth in thy work; with labour and toil shalt thou eat thereof all the days of thy life. Thorns and thistles shall it bring forth to thee . . . In the sweat of thy face, shalt thou eat bread, till thou return to the Earth out of which thou was taken."


Gradual and Tract.
Edinburgh, Scotland.
Available on YouTube at
http://youtu.be/ZfOlH4Y_ryY.

Being exiled from Eden," says Saint Augustine, "the first man involved all his descendants in the penalty of death and reprobation, being corrupted in the person of him from whom they sprung. The whole mass of condemned humanity was therefore, plunged in misery, enslaved and cast headlong from one evil to another" (Second Nocturn). "The sorrows of death surrounded me," says the Introit, and, as a matter of fact, it is in the Basilica of Saint Laurence-without-the-Walls, close to the cemetery at Rome, that the "Station" for this Sunday is made.

The Collect adds that we are "justly afflicted for our sins". In the Epistle, the Christian life is represented by Saint Paul as an arena, where a man must take pains and strive to carry off the prize, while the Gospel bears witness that the reward of eternal life is only given to those who work in God's vineyard, where work is hard and painful since the entrance of sin.

"O God", prays the Church, "grant to Thy people, who are called by the name of vines and harvests, that they may root out all thorns and briars, and bring forth good fruit in abundance" (Prayer on Holy Saturday, after the Eighth Prophecy).

"In His wisdom", says Saint Gregory, "Almighty God preferred rather to bring good out of evil than never allow evil to occur". For God took pity on men and promised them a Second Adam, who, restoring the order disturbed by the First Adam, would allow them to regain Heaven, to which Adam had lost all right, when expelled from Eden, which was "the shadow of a better life" (Fourth Lesson). "Thou, O Lord, art our helper in time of tribulation" (Gradual); "with Thee, there is merciful forgiveness" (Tract).

"Make Thy face to shine upon Thy servant and save me in Thy mercy" (Communion). "Show Thy face, O Lord, and we shall be saved", the Church cries similarly in the Season of Advent, when calling upon her Lord. The truth is that God, "Who has wonderfully created man, has more wonderfully redeemed him" (Prayer on Holy Saturday after the First Prophecy), for "the creation of the world in the beginning was not a more excellent thing than the immolation of Christ our Passover at the end of time" (Prayer on Holy Saturday after the Ninth Prophecy).

This Mass, when studied in the light of Adam's fall, prepares our mind for beginning the Season of Septuagesima, and understanding the sublime character of the Paschal Mystery for which this Season prepares our hearts. 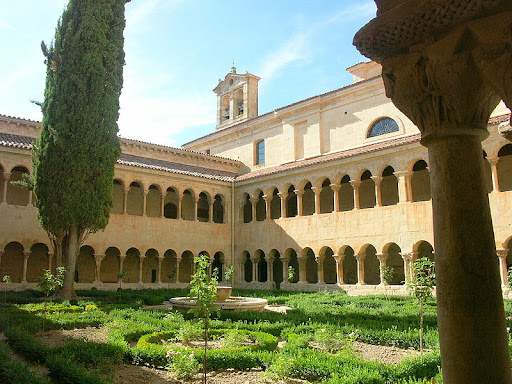 In response to the call of The Master, Who comes to seek us even in the depths wherein we are plunged, through our first parents' sin (Tract), let us go and work in the Lord's vineyard, or enter the arena and take-up with courage the struggle which will intensify during Lent.

The "Gloria in excelsis" is not said from this Sunday until Maundy Thursday, except when the Mass of a Feast is said.

From Septuagesima to Ash Wednesday, the Tract is said only on Sundays and Feast Days. On Ferias, when the Mass of the Sunday is said, the Gradual is said, without the Tract. 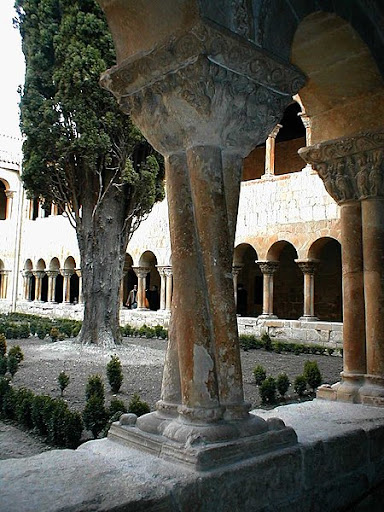 THE HISTORY OF SEPTUAGESIMA.

All three are named from their numerical reference to Lent, which, in the language of the Church, is called Quadragesima, that is, "Forty", because the great Feast of Easter is prepared for by the Holy Exercises of forty days.

The words Quinquagesima, Sexagesima, and Septuagesima, tells us of the same great Solemnity as looming in the distance, and as being the great object towards which the Church would have us now begin to turn all our thoughts, and desires, and devotion.

Now, The Feast of Easter must be prepared for by Forty Days of Recollectedness and Penance. Those Forty Days are one of the principal Seasons of The Liturgical Year, and one of the most powerful means employed by The Church for exciting, in the hearts of her children, the spirit of their Christian Vocation. It is of the utmost importance that such a Season of Grace should produce its work in our Souls — the Renovation of the whole Spiritual Life. The Church, therefore, has instituted a preparation for The Holy Time of Lent.

She gives us the three weeks of Septuagesima, during which she withdraws us, as much as may be, from the noisy distractions of the world, in order that our hearts may be more readily impressed by the solemn warning she is to give us at the commencement of Lent by marking our foreheads with Ashes.

This prelude to The Holy Season of Lent was not known in the early ages of Christianity: Its institution would seem to have originated in The Greek Church. Besides the Six Sundays of Lent, on which by universal custom The Faithful never Fasted, the practice of this Church prohibited Fasting on the Saturdays, likewise; consequently, their Lent was short by twelve days of the Forty Days spent by Our Saviour doing penance in the desert. To make up the deficiency, they were obliged to begin their Lent so many days earlier. 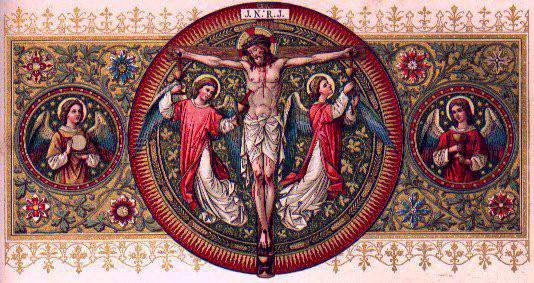