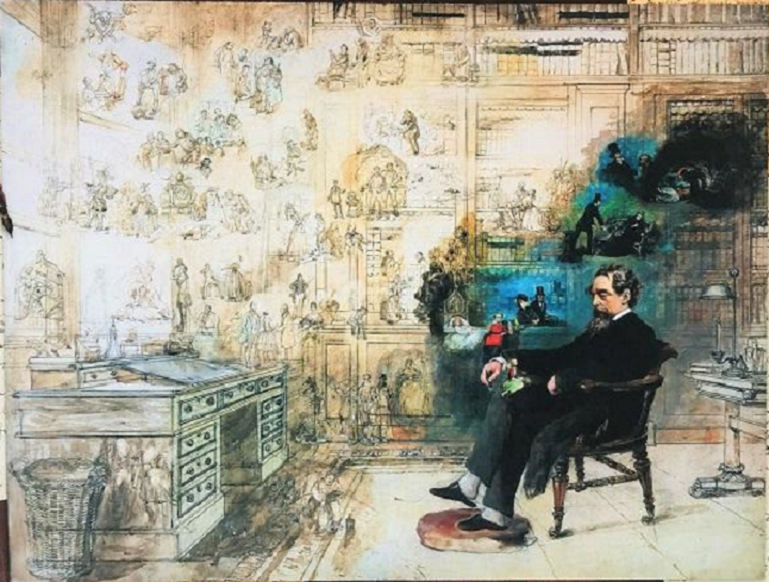 This painting by Robert William Buss, an enthusiastic admirer of Charles Dickens’s writings, was painted five years after the author’s death in 1870.
The posthumous painting of Dickens celebrates his vivid imagination and illustrates characters from all his books, spanning 'Pickwick Papers' to 'Edwin Drood', surrounding Dickens in his library at Gad’s Hill, Rochester, Kent, England.
The setting was modelled on Luke Filde's engraving, 'The Empty Chair', and the figure of Dickens was copied from a well-known photograph by John Watkins (from 1863).
Listen to one of Charles Dickens's greatest stories, “Oliver Twist”, HERE
The Charles Dickens Museum Web-Site can be found HERE
Posted by Zephyrinus at 03:00:00