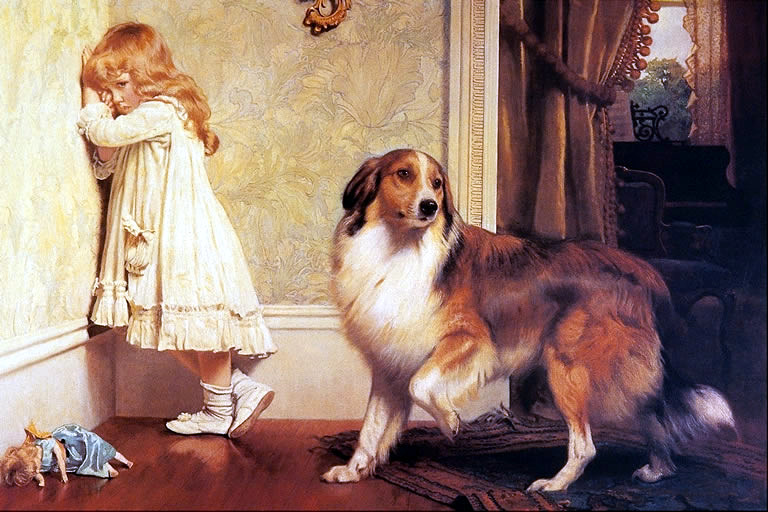 Charles Burton Barber.
Date: 1880.
Source: U.K. Wikipedia
Author: Unknown.
(Wikimedia Commons)
The following Text is from Wikipedia - the free encyclopædia,
unless stated otherwise.
Charles Burton Barber (1845–1894), was a British painter who attained great success with his paintings of children and their pets.

Barber was born in Great Yarmouth in Norfolk, and studied from the age of 18 at the Royal Academy, London - receiving a Silver Medal for drawing in 1864, and first exhibiting there in 1866. 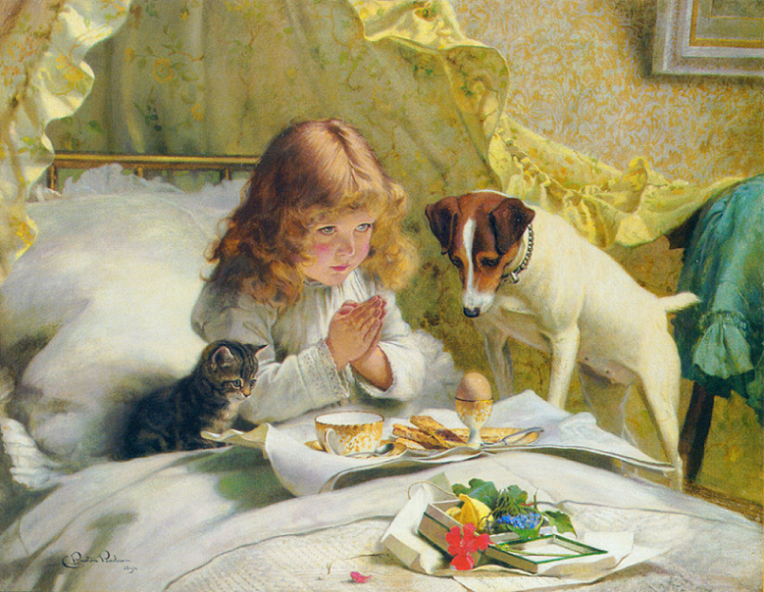 “Suspense”.
Artist: Charles Burton Barber (1845–1894).
Date: 1894.
Source/Photographer: Reproduction from Art Book.
This File: 29 December 2009.
User: Sebastian Nizan
(Wikimedia Commons)
During his lifetime, Barber was regarded as one of Britain's finest animal painters and received commissions from Queen Victoria to do paintings of her with grandchildren and dogs,[1] and also The Prince of Wales (later King Edward VII) and his pets.

A number of his portraits are in The Royal Collection. He exhibited at The Royal Academy from 1866 to 1893. In 1883, he was elected a member of The Royal Institute of Oil Painters. 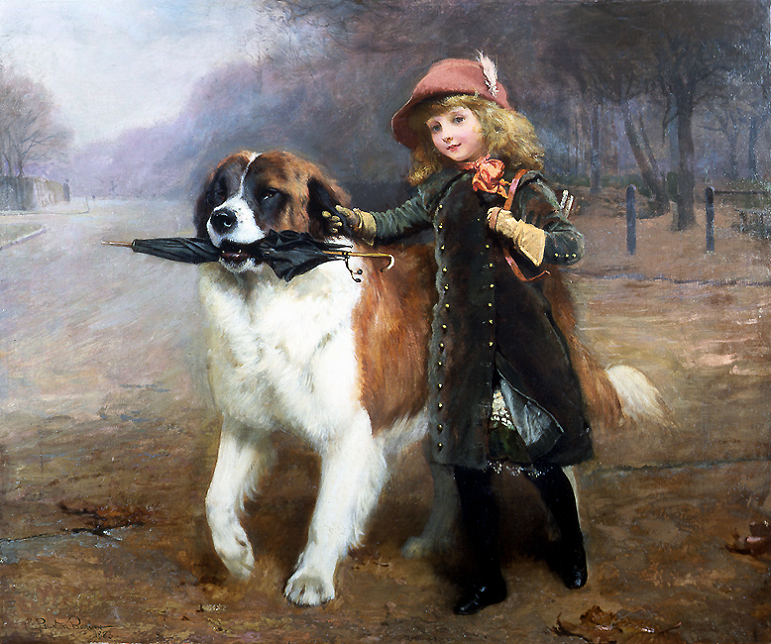 Barber received his final commission in 1894 to paint Queen Victoria, with her grandchildren, in her pony-carriage. He died in London soon afterwards. His place as foremost painter of children and pets was taken by Arthur Elsley.

Many of Barber’s paintings were made into prints, usually in the medium of photogravure. He exhibited at The Royal Institute of Oil Painters, Walker Art Gallery and Manchester Art Gallery. Much of his art is at The Lady Lever Art Gallery in Port Sunlight.
Posted by Zephyrinus at 12:00:00

Email ThisBlogThis!Share to TwitterShare to FacebookShare to Pinterest
Labels: “A Special Pleader”. By: Charles Burton Barber (1845-1894).