“Dazzle Ships”. A New Definition For A “Ship’s Painter”. 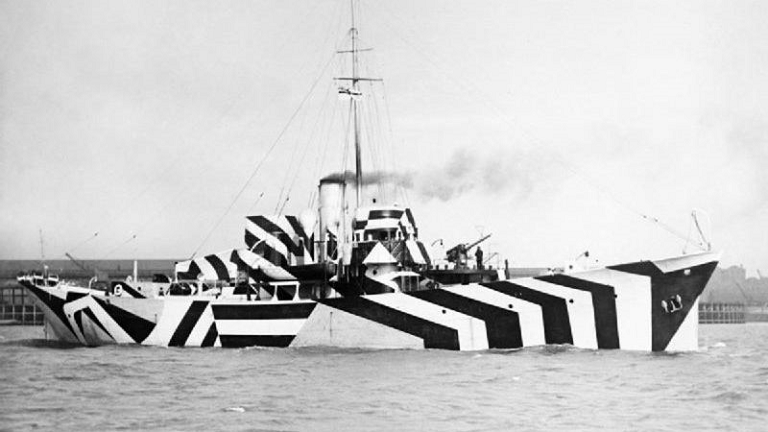 The “Dazzle” camouflage paint scheme became a popular tactic for Vessels to deceive an Enemy in The First and Second World Wars.
From 1905, The Royal Navy began painting their Ships Grey.

Towards the end of The First World War, the “Dazzle” paint scheme of contrasting shapes and colours, at striking angles, was first introduced by The Naval Service, with many Navies across the World following suit.

The concept was invented by The Royal Navy Officer and artist, Norman Wilkinson, during the First World War.

He came up with the idea during The First Battle of The Atlantic in 1917, as Britain struggled to deal with the threat from U-boats.

The various shapes, angles and colours were intended to confuse Enemy Submariners, peering through periscopes, making it hard for them to identify Ships and confuse their calculations about the target's speed and direction.

“Dazzle” camouflage was quickly phased out by The Navy after the end of The Second World War in 1945 and the improvement of radar and other technology. 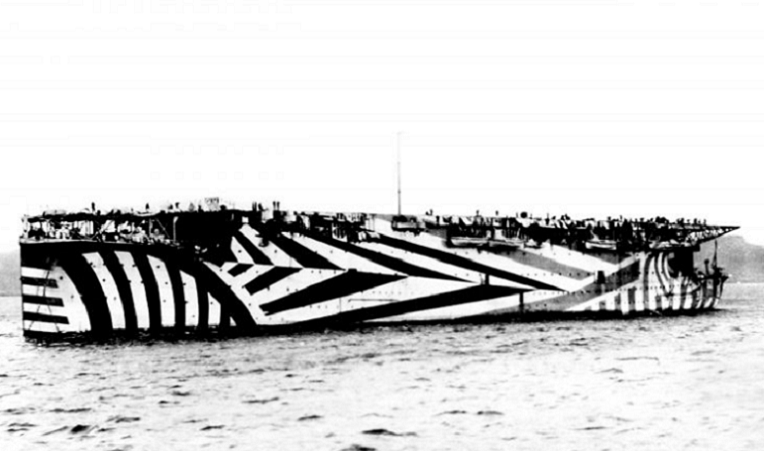 More than 2,000 British and Allied Ships received the livery before the end of The Great War. The camouflage scheme returned in the early stages of The Second World War until Japan's surrender in 1945.

The intention behind the geometric shapes was to make it difficult to visually assess the class, distance, position, and movement, of ships, and, most importantly, thereby making it difficult for an enemy to successfully target.

Funnels and Gun Turrets, positioned near each other, would be painted in contrasting colours to make it difficult to recognise a ship by its profile.

Tops of Gun Barrels would be painted in darker shades than the lower parts of the Gun Barrels. 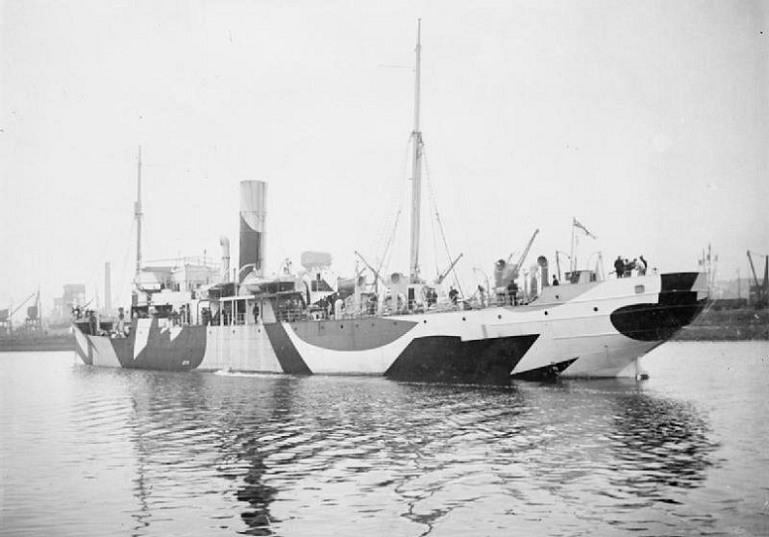 The Decks of Ships were also painted, to offer disguise when the Ship was listing heavily (when it takes on water and tilts to one side). 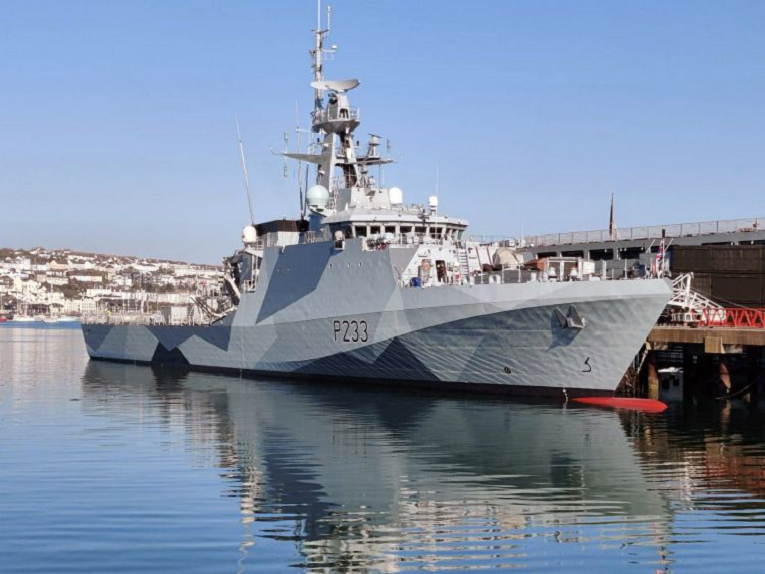 The new Royal Navy Patrol Ship, HMS Tamar, recently received a “Dazzle” camouflage paint scheme, featuring various shades of Black, White, and Grey, in a number of shapes, ahead of her deployment to The Asia-Pacific region.

The Royal Navy said the decision to repaint HMS Tamar is a nod to the Navy's heritage, rather than an Operational move.

The “Dazzle” camouflage is set to be extended across the entire Batch 2 River-Class Patrol Ship Fleet.

HMS President (1918), one of the last remaining First World War Warships, underwent a “Dazzle” makeover in 2014 to mark the Centenary of The First World War. 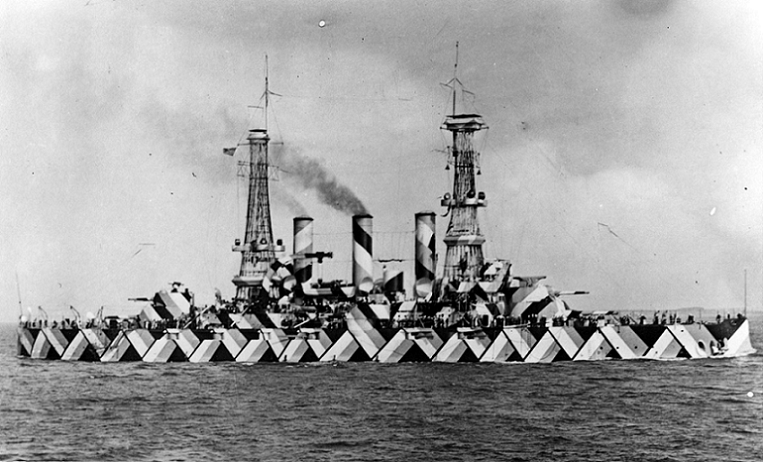 USS Nebraska (BB-14).
Wearing an experimental “Dazzle” camouflage scheme, 1918.
Source: NAVAL HISTORY AND HERITAGE COMMAND
Author: Unknown.
(Wikipedia)
The Vessel was originally deployed as a Submarine Hunter tracking down German U-boats and is permanently moored on The River Thames, near The Victoria Embankment in London.

In the same year, a replica “Dazzle” Ship was commissioned for Scotland and docked in Leith as part of a project commissioned by The Edinburgh Art Festival and the “14-18 NOW World War One” commemorations. Another was also commissioned in Liverpool.
Explanation:
* The Oxford English Dictionary defines “Painter”, as used in the Nautical Applications summarised in the above Title, as “a short Rope or Chain, by which the Shank of an Anchor is held fast to a Ship's side when not in use”, and “a Rope attached to the Bow of a (usually small) Boat, for tying it to a Ship, Quay, etc.
Posted by Zephyrinus at 12:00:00

Email ThisBlogThis!Share to TwitterShare to FacebookShare to Pinterest
Labels: “Dazzle Ships”. A New Definition For A “Ship’s Painter”.