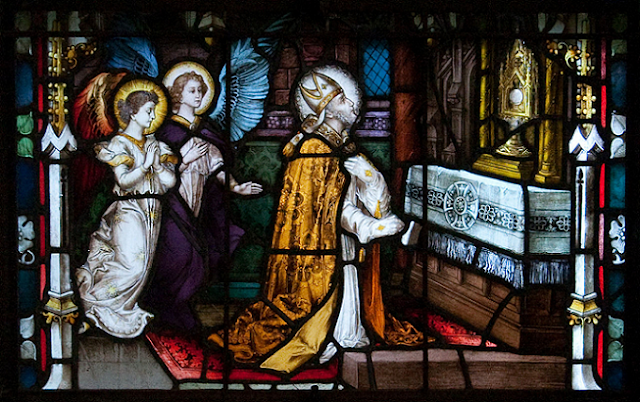 Saint Alphonsus, kneeling before The Blessed Sacrament.
19th-Century Stained-Glass Window, Carlow Cathedral, Ireland.
Created by: Franz Mayer and Company (1848–1926).
Photo: 3 September 2009.
Source: Own work.
Author: Andreas F. Borchert
(Wikimedia Commons)
Saint Alphonsus Mary de Liguori.
Available on YouTube at
YOU TUBE
In 1696, God raised up Saint Alphonsus. This Neapolitan nobleman, well-known as a barrister, soon renounced his prospects of a brilliant career, to devote himself exclusively to The Service of God, with the sole desire of pleasing Him (Epistle, Offertory).

"The Spirit of The Lord is upon him, Consecrating him, and sending him to preach the Gospel to the Poor" (Introit). "He has been sent from above, to bring the people to Penance" (Alleluia). With that object in view, he Founded The Congregation of The Most Holy Redeemer (Collect), whose Members he sent, following The Saviour's example, into the country, to the towns and villages, to announce The Kingdom of God (Gospel).

[As stated in the 1945 Saint Andrew Daily Missal, The Redemptorists, Founded in 1732 and Approved in 1749, numbered, in 1933, 6,318 Religious. They have three Canonised Saints: Saint Alphonsus, their Founder; Saint Clement-Mary Hofbauer; Saint Gerard Majella, who is justly called "The Wonder Worker", for his Miracles were innumerable. 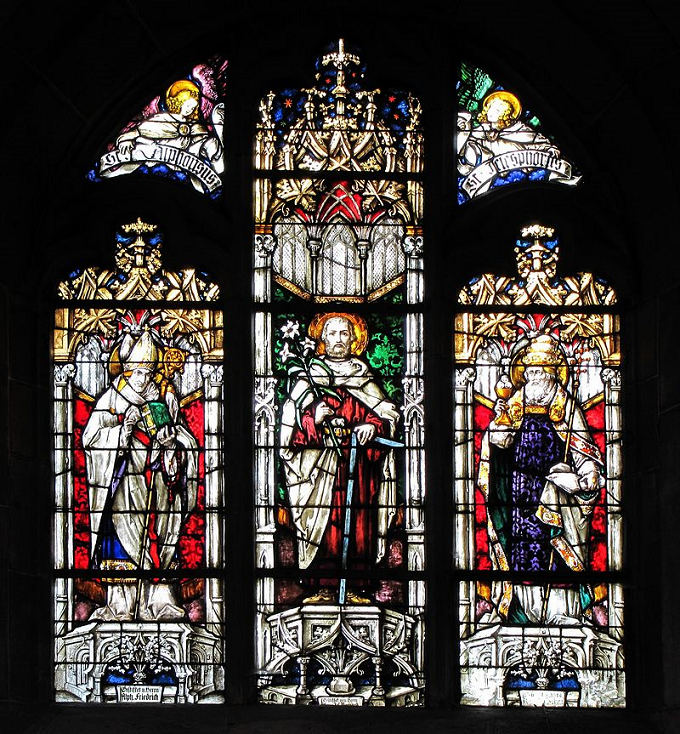 Saint Alphonsus vowed to never to lose a moment of his time and never, in the whole of his life, did he commit a Mortal Sin.

He wrote Religious Works filled with profound learning and piety and is, therefore, honoured by The Church as a Doctor. Emphasising the importance of Prayer in The Divine Plan, he condenses all his Treatise on Grace in one sentence: "He who Prays is saved, he who does not Pray is damned."

Saint Alphonsus was forced to accept the Bishopric of "Saint Agatha of The Goths", near Naples, Italy, He died at the age of 91 in 1787. The Benedictine Pope, Pius VII, commanded three fingers of his Right-Hand to be sent to Rome. "Let them come to Rome," he said, "those Holy Fingers which have written so well for The Glory of God, of The Virgin Mary, and of Religion."