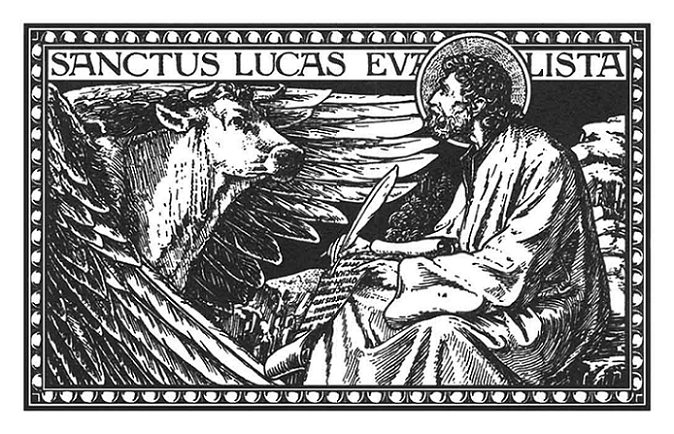 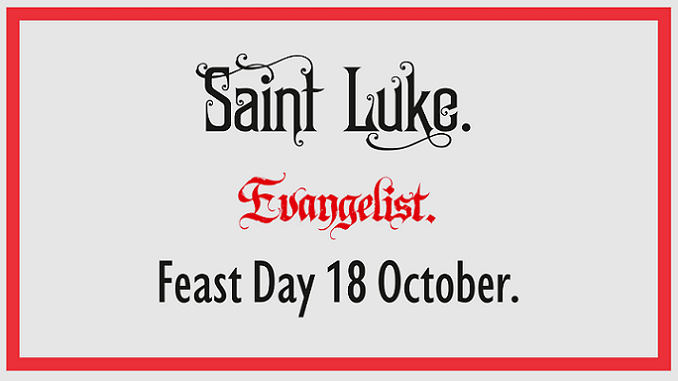 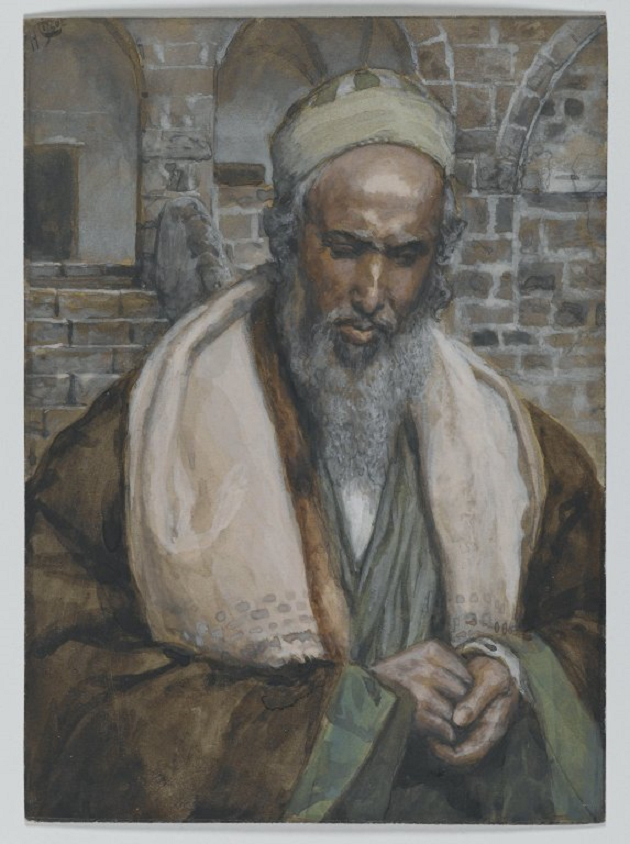 Saint Luke, originally a pagan, was born, according to Eusebius, at Antioch, the Capital of the Kings of Syria. Saint Paul tells us that he exercised the profession of a physician. He accompanied Saint Paul (The Apostle of the Nations) on his travels, and was with him during most of his Missions and when he was twice a prisoner in Rome.

Owing to his connection with this Master and the other Apostles, he was enabled to write The Third Gospel, which Saint Jerome and Saint John Chrysostom describe as "The Gospel of Saint Paul".

Like The Doctor of The Gentiles (Saint Paul), he addresses himself to pagans to show them that Salvation is brought by Jesus to all men, without exception, who believe in Him. He is symbolically represented as an Ox, one of the four animals in the Vision of Ezechiel [Third Lesson of The First Nocturn at Matins], because, at the beginning of his Gospel, he mentions the Priesthood of Zacharias, and because the Ox was usually the victim in the sacrifices of The Old Law.

The Mass of Saint Luke, like that of Saint Mark, offers this particular; that its Gospel refers to the instructions given by The Saviour to His seventy-two Disciples, both these Evangelists (Luke and Mark) not having been Apostles, but only Disciples of Our Lord.

Saint Jerome relates that Saint Luke died in Achaia, Greece, at the age of eighty-four.