Saint Andrew was an Apostle and a Martyr. The Collect tells us that he was called to govern and teach The Church; and the Epistle and the Gospel deal
with the Vocation of Saint Andrew, who was the first among The Apostles to know Jesus Christ.
When he was called, he immediately left his nets to become a fisher of men (Gospel), and "his sound hath gone forth into all the Earth to Preach the Gospel of Peace" (Epistle). After the coming of The Holy Ghost, he Preached in Palestine, and then in Scythia, Epirus and Thrace.

"But all have not obeyed the Gospel" (Epistle), and Saint Andrew ere long became The Apostle of The Cross. The priests of Achaia describe his Martyrdom at Patras. He died on that special form of Cross which has ever since been called after him, and "The Lord received his Sacrifice in the odour of sweetness" (Alleluia).

His body, having been first taken to Constantinople, was, in 1210, moved to the Cathedral at Amalfi, in the Kingdom of Naples. In 1462, his head was placed by Pope Pius II in the Basilica of Saint Peter, his brother. His name is inscribed in The Canon of The Mass (First List). Saint Andrew is the Patron Saint of Scotland.
Every Parish Priest Celebrates Mass for the people of his Parish.

Let us, with Saint Andrew, follow Christ even to The Cross.

Mass: Mihi autem.
Commemoration: During Advent, a Commemoration of The Feria is made on every Saint's Day by The Collects of the preceding Sunday. (Ember Days have Proper Collects.)
Credo: Is said or sung.
Preface: Of The Apostles.
Second Vespers: On Great Feast Days, or when the next day is not a Feast, Second Vespers are Celebrated in honour of the same Saint as First Vespers. 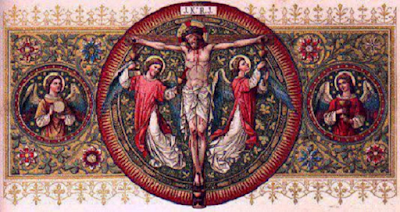 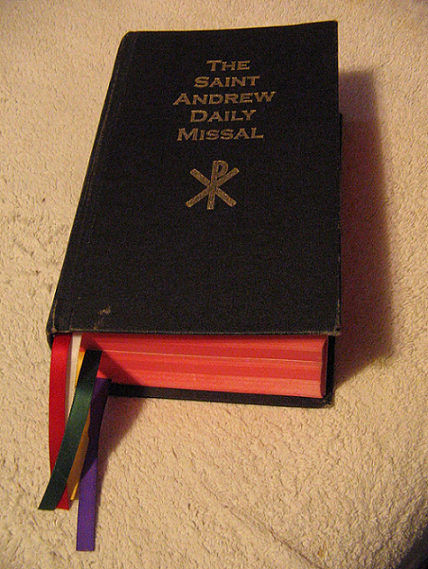