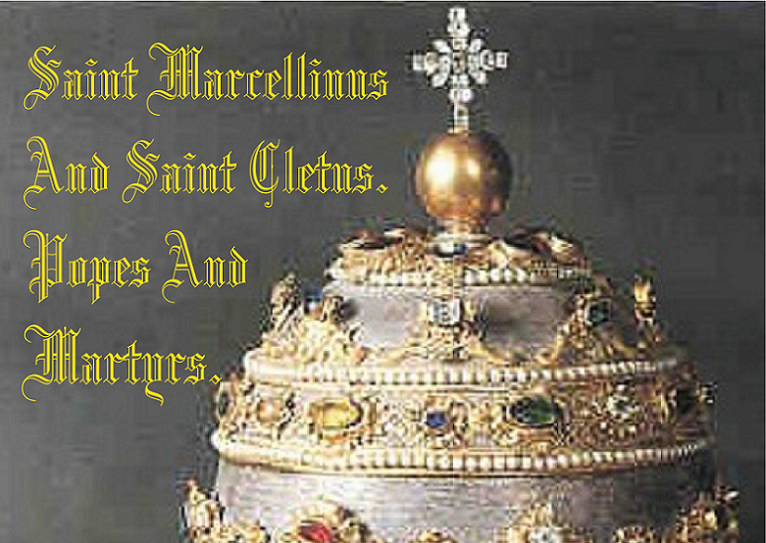 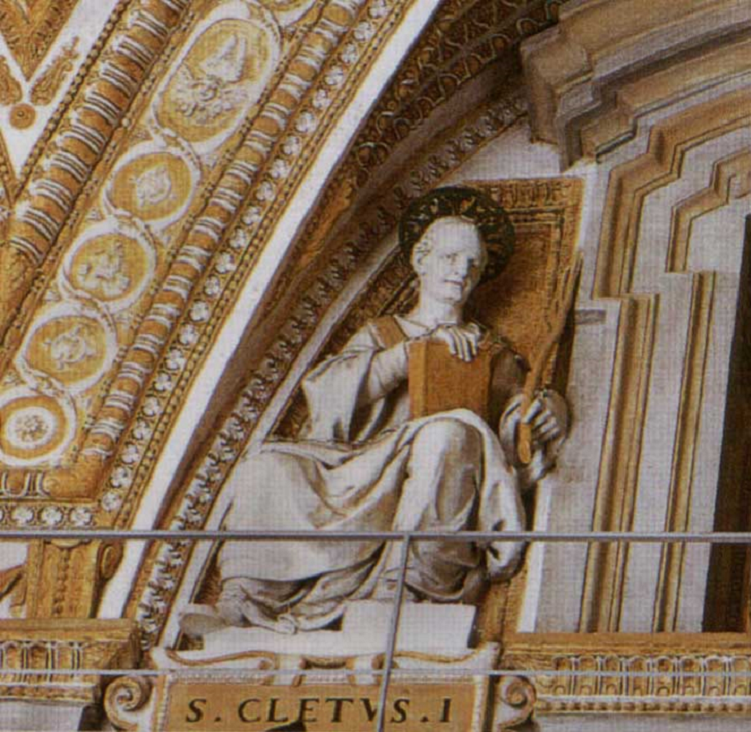 Pope Saint Cletus.
Two Popes of The Early Church sit on opposite corners of the Portico Ceiling of Saint Peter’s Basilica in Rome. Today, we Celebrate their Feast Day. The two men served as Popes two Centuries apart. What they share is that their Pontificates occurred during times of great torture and persecution for professing Christians under Roman rule. Reflecting on the lives of Pope Saint Cletus (above) and Pope Saint Marcellinus I puts into perspective the trials that The Faithful now are facing.
Illustration: THE BRIGHTON ORATORY 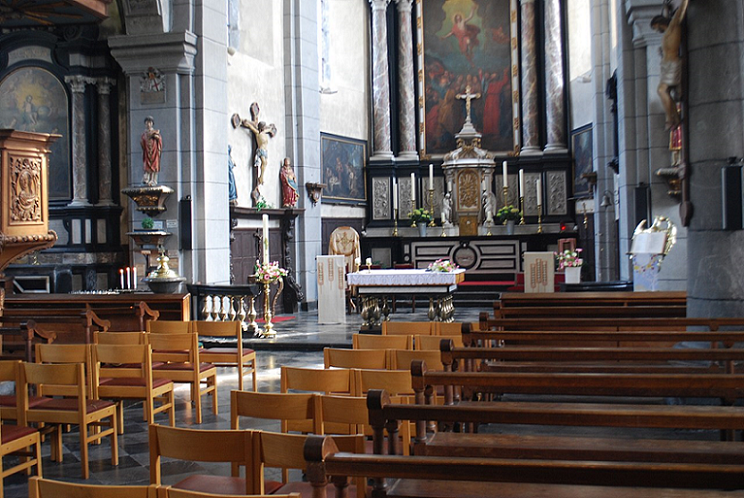 Saint Marcellinus was also a Roman. He governed The Church from 293 A.D. to 304 A.D., during the terrible persecution of Diocletian, who caused him to be beheaded. The name of Saint Cletus is in The Canon of The Mass (First List).

Their Mass is that of Martyrs in Paschaltide. It shows how Faith in the Virtue of The Resurrection of Christ sustains Souls in the midst of the sufferings they have to undergo on Earth after Christ (Epistle) before sharing in His Triumph in Heaven (Introit, Epistle, Gospel, Offertory, Communion).

Let us glorify Jesus, whose members we are, by producing many fruits of patience, as did these Holy Martyrs (Gospel).