The Transfiguration Of Jesus. The Terrible Beauty Of God. 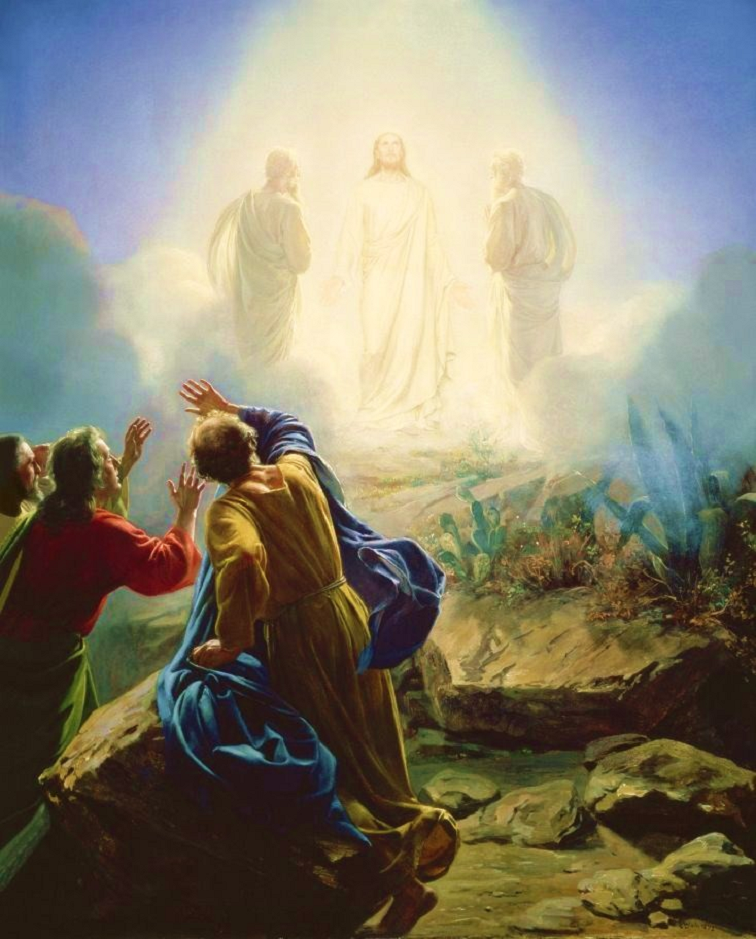 This Article is taken from, and can be read in full at, RORATE CÆLI

Sermon for the Second Sunday in Lent: The Terrible Beauty of God.

“Jesus took Peter, James, and his brother, John, and led them up on a high mountain by themselves. He was Transfigured before their eyes. His face became as dazzling as the Sun and his clothes radiant as The light. (Matthew 17: 1-3).
From an ancient Letter, dated 90 A.D., from Saint John the Evangelist, to Lydia.

Dear Lydia,
You ask me in your letter to tell you what we saw that day on the mountain, what the experience was like. I am old now and near death. Much has happened to me, and for all that I have been given, and it is so much, I thank the Lord Jesus Christ. But even in death I shall never forget what happened on that mountain.
We climbed in silence, for we were in a state of gloom. The Lord had told us three times that he had to suffer and die and then rise again. Peter became almost violent, and told Jesus that this talk must be stopped. And Jesus rebuked him with anger, one of the few times I saw him truly angry. And so we retreated into silence, a silence of fear and despair, unrelieved by the harsh landscape of that mountain.

When we reached the summit, it was deathly quiet. There was no wind, no sound. We knelt down to pray, for we said to ourselves, that is why he brought us up here, to pray. But when we looked up—I cannot adequately describe what I saw, but the Lord seemed to radiate an intense light, it was as if he was bathed in the sparkle of a diamond, a light that was as bright as the sun but which at which we could look directly.
And within this light which came from him were Moses and Elijah. The three were talking to each other, but the talking did not break the silence. The talk came out of the silence and was silence. I said I could not describe to you in words what happened on that mountain, and as I write this down, I see that I cannot.
Fear seized us all. We trembled as we gazed on this sight. Our hearts seemed to be trying to leap out of our bodies as we heard the voice, the voice again from and in the silence: “This is my beloved Son.” And then it was over. The Lord came to us to help us up off the ground and told us: “Do not be afraid.”

What did we see on that mountain ? When we talked about it later, for we did, we talked perhaps too much about it, we spoke of it in different ways. But we agreed on one thing: that the experience on that mountain somehow prepared us for the rest, that the fear we felt—and it was fear—had somehow been transformed into an inner peace, a peace that did at times seem to retreat but always finally came back.
Whatever we saw there, the Lord allowed us to see it to strengthen us for what he had to endure and what most of us had to endure. But what did I see on that mountain ? What I told Peter, what I tell you now is this: we saw the beauty of God. Yes, that is the term that I used then, and it is even more true to me today: what we saw on that mountain was the terrible beauty of God.

Why do I call it terrible? Because it filled us with terror when we were in its presence, but it was not the terror of battle or of illness, or anything like that, but the—what shall I call it ?—the holy terror of knowing that one is in the presence of God.
To behold the beauty of God as we did changes one’s life forever, for after one has seen that beauty, everything else has little appeal. We walk through life looking and hearing and using all of our sense. We see the beautiful sunsets, we look at the perfection of a rose and smell its perfume, we see the beauty of a lovely woman or a handsome man, we hear the beauty of music: but they mean nothing to us, nothing not because they are not beautiful and to enjoyed and marvelled at: but nothing because we have seen the beauty of God and nothing else will every satisfy us again.

But I have to write you this as well. I experienced that beauty again, this time not on a mountain but on a hill. You know the hill I am talking about. I need not say more. It was where I least expected to be once again confronted with the beauty of God, for it was a time of the deepest sorrow. My heart was wrenched and drained of its lifeblood, it seemed to me. The stench of death, the dirt, the blood, the jeering crowd, the gathering storm, the darkness, all spoke of the darkness that I felt. Oh, God, forgive that darkness that I felt, for I forgot the light !

But standing there after he had died, standing there with Mary, I look up at the Lord hanging from that cross, the blood still flowing down in a trickle from his hands and his feet and his side. And what I saw-and Mary saw this too as she told me when we spoke later—was the beauty of God. There was no intense light, no Moses and Elijah, but what I saw, what I saw, as I looked on Jesus hanging dead on that cross, I saw in my deepest being, in my very soul, I saw there what I saw on the mountain, I saw the terrible beauty of God.
But this time there was no terror, there was no fear. There was an emptiness, a calm, a feeling of knowing. Am I explaining this in a sensible way at all to you, dear Lydia? Does it make sense to you that the cross of Christ, even more than what we experienced on the mountain, is where the terrible beauty of God is seen, where I saw it ?

You know, when I first saw the Lord after his resurrection, I laughed. I laughed because I knew what I would see, and I was not wrong. I laughed with the laughter of a man who is so happy that if he did not laugh, he would cry and die of happiness. For when the Lord came into that room through the locked doors where we were all assembled, the mountain and the hill came together, and I saw there what I knew I would see, but this time in a way that was total, that was real, was forever, never to be taken away again, for when he came into that room, I knew I was in the presence of the beauty of God.

Email ThisBlogThis!Share to TwitterShare to FacebookShare to Pinterest
Labels: The Transfiguration Of Jesus. The Terrible Beauty Of God.