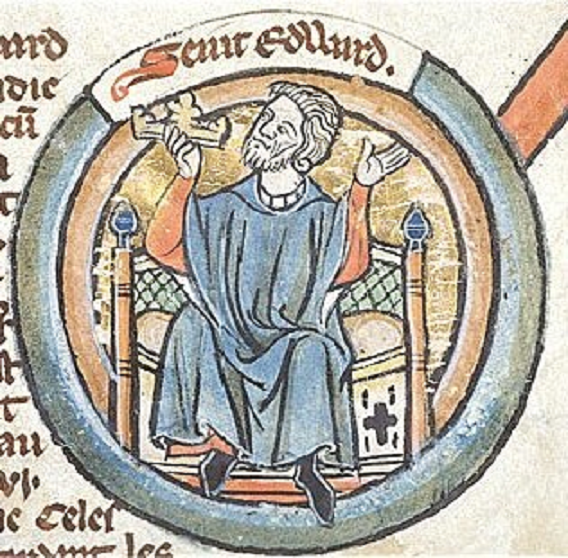 When he was raised to The Throne of England, "it was seen," says a historian, "what can be done by a King, who is the true father of his Subjects. All those who approached him endeavoured to regulate their lives according to his. Neither ambition, nor the love of riches, nor any of the passions which are unfortunately so common among Courtiers, were known at his Court."

He was everywhere called The Father of The Orphans, and of The Poor, and he was never happier than when he could distribute alms (Epistle). He always granted, what was requested of him, in the name of Saint John the Evangelist. 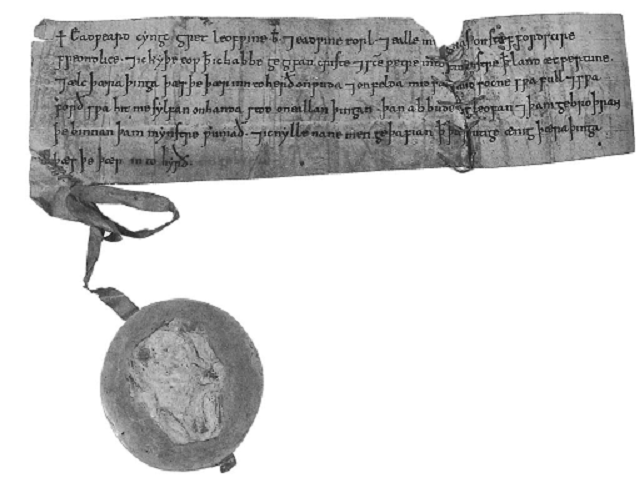 A Sealed Writ of Edward the Confessor,
issued in favour of Westminster Abbey.
This File: 16 April 2007.
User: Canley
(Wikipedia)
The following Text is from Wikipedia - the free encyclopædia.

Edward the Confessor (1003-1066), son of Æthelred the Unready and Emma of Normandy, was one of the last Anglo-Saxon Kings of England and is usually regarded as the last King of The House of Wessex, ruling from 1042 to 1066.

Edward has traditionally been seen as unworldly and pious, and his Reign is notable for the disintegration of Royal power in England and the advance in power of The Godwin Family. 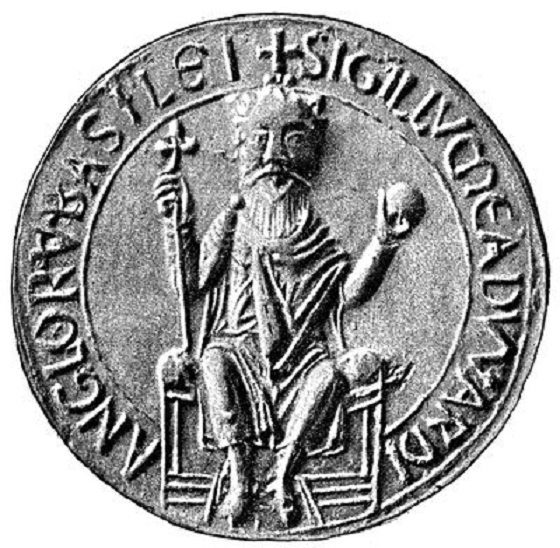 Edward's Seal: SIGILLVM EADWARDI ANGLORVM BASILEI
(Seal of Edward. Crowned King of The English).
First Great Seal of Edward the Confessor.
Date: 1915.
Source: http://www.gutenberg.org/
files/28157/28157-h/images/img049.jpg
Author: HISTORY OF ENGLAND by SAMUEL R. GARDINER.
(Wikimedia Commons)
Edward succeeded Cnut the Great's son, Harthacnut, restoring the Rule of The House of Wessex after the period of Danish Rule since Cnut conquered England in 1016. When Edward died in 1066, he was succeeded by Harold Godwinson, who was defeated and killed in the same year by The Normans, under William the Conqueror, at The Battle of Hastings.

Edward is called Confessor, the name for someone believed to have lived a Saintly life, but who was not a Martyr, in Latin S. Eduardus Confessor rex Anglorum, as opposed to S. Eduardus Martyr rex Anglorum. He was Canonised in 1161 by Pope Alexander III, and is Commemorated on 13 October by both The Church of England and The Roman Catholic Church in England and Wales.

Saint Edward was one of The National Saints of England until King Edward III adopted Saint George as Patron Saint in about 1350. 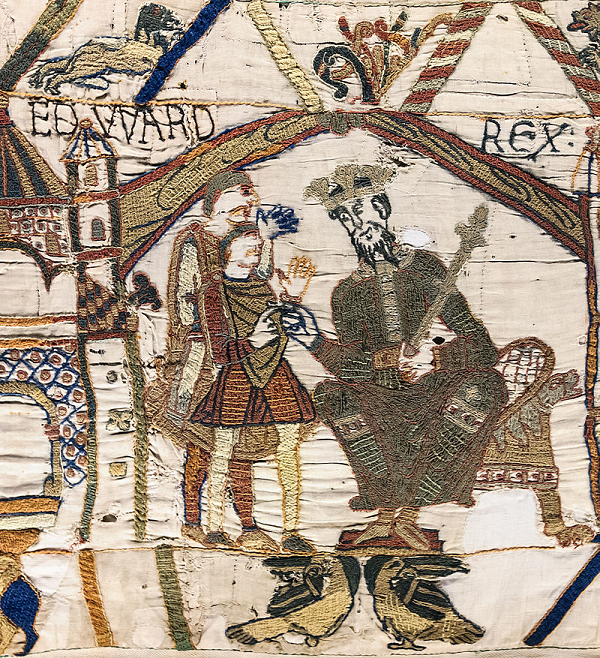