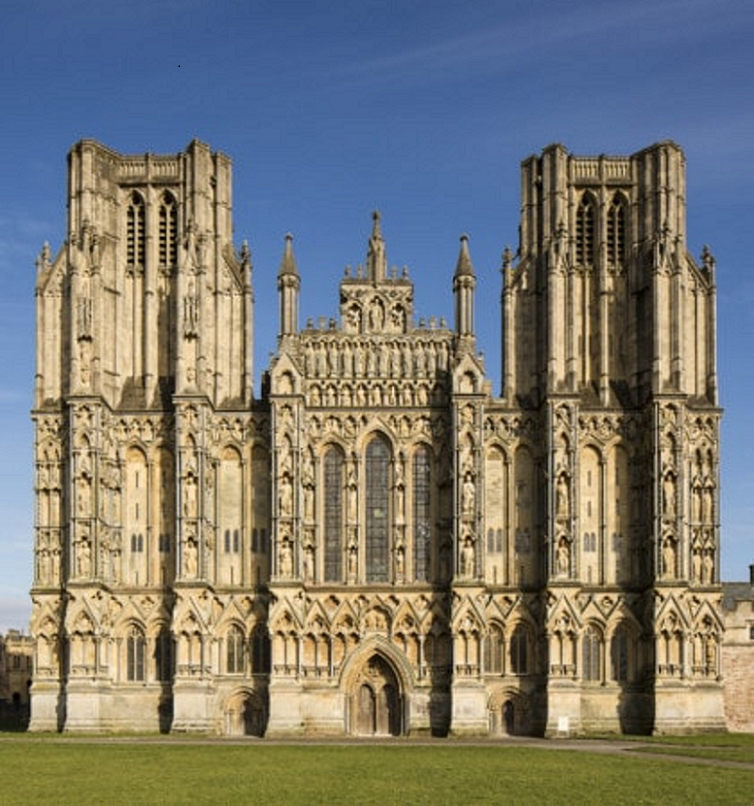 The present Cathedral was begun about 1175 on a new site to the North of an old Minster Church.

Bishop Reginald de Bohun brought the idea of a revolutionary Architectural Style from France, and Wells was the first English Cathedral to be built entirely in this new Gothic Style.

The first building phase took about eighty years, building from The East End to The West End, culminating in the magnificent West Front. About 300 of its original Mediæval statues remain: a glorious theatrical Stone backdrop for Feast Day Processions. 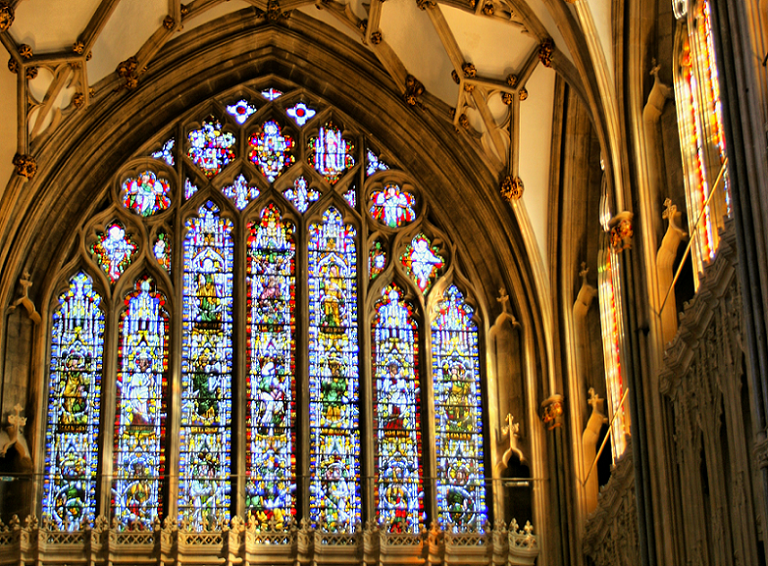 The Jesse Window at Wells Cathedral is one of the most splendid examples of 14th-Century Stained-Glass in Europe. The Window, in its dominant colours of Green and Gold, depicts a Jesse tree and shows the family and ancestors of Christ. Jesse being the father of King David.

It dates from about 1340 and, considering its age, is still remarkably intact. Fortunately, the Window has survived the vicissitudes of time and British history (narrowly escaping destruction during The English Civil War). What we see today is basically how Mediæval glaziers designed and created it and how our ancestors viewed it before us.

There have been sensitive repairs over the Centuries, of course, and steps were taken during World War II to protect the Window.

The Cathedral embarked, however, on a major project to conserve The Jesse Window in 2011. More about this ambitious project can be found in the Conservation section. 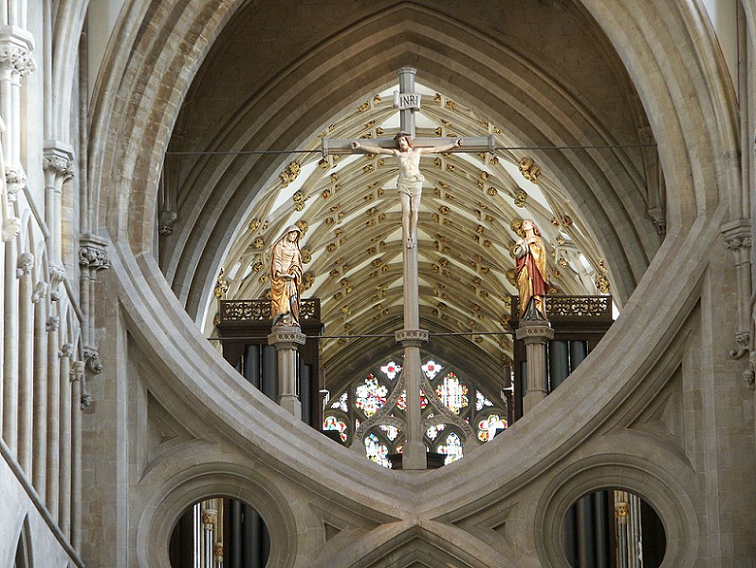 The Scissor Arches were constructed from 1338 - 1348 as an engineering solution to a very real problem.

By 1313, a High Tower, topped by a Lead-covered Wooden Spire, had been constructed, but, as the Foundations were not stable, large cracks began to appear in the Tower structure.

In fear of a total collapse, several attempts at internal strengthening and buttressing were made, until the famous “Scissor Arches” were put in place by the Master Mason, William Joy, as a solution.
Posted by Zephyrinus at 11:00:00