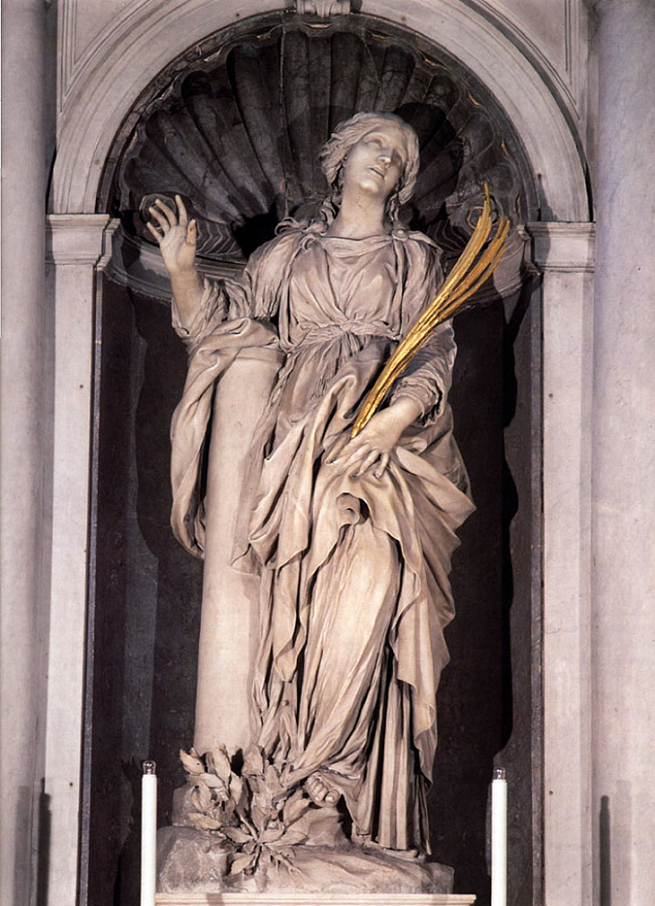 Saint Bibiana,
by Gian Lorenzo Bernini.
Church of Santa Bibiana, Rome.
Photo: 30 August 2013.
Source: WikiPaintings
Author: WikiPaintings
(Wikimedia Commons)
Saint Bibiana was born in Rome of a noble Christian family; and, as the Collect tells us, in her the Flower of Virginity was united with the Palm of Martyrdom.

A wise and prudent Virgin (Gradual), she was less afraid of the loss of all her goods and of her sufferings of imprisonment, than of the loss of that Hidden Treasure or that Pearl of Great Price, of which the Gospel speaks.

When delivered to the caresses and flattery off her jailer, Rufinus, who strove to pervert her, she called upon The Lord, Who saved her from destruction (Epistle).

Rufinus then had recourse to violence, but with no greater success. Seeing which, the enraged Governor of Rome ordered that Bibiana should be tied to a Column, and beaten to death with thongs loaded with lead (363 A.D.) The Basilica of Saint Mary Major was built over her tomb.

Mass: Me exspectavérunt, of The Common of Virgins. 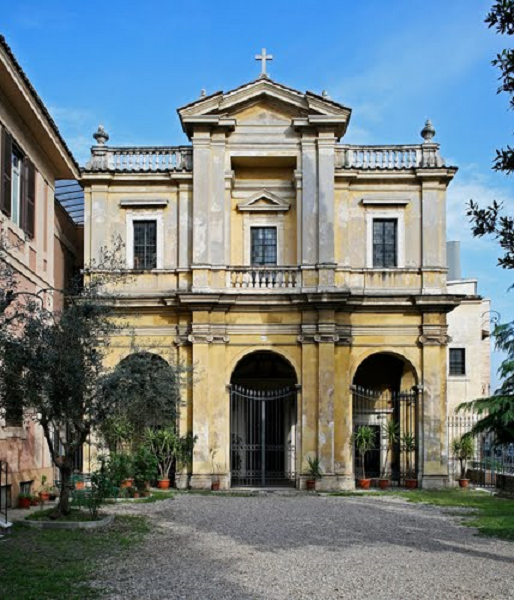