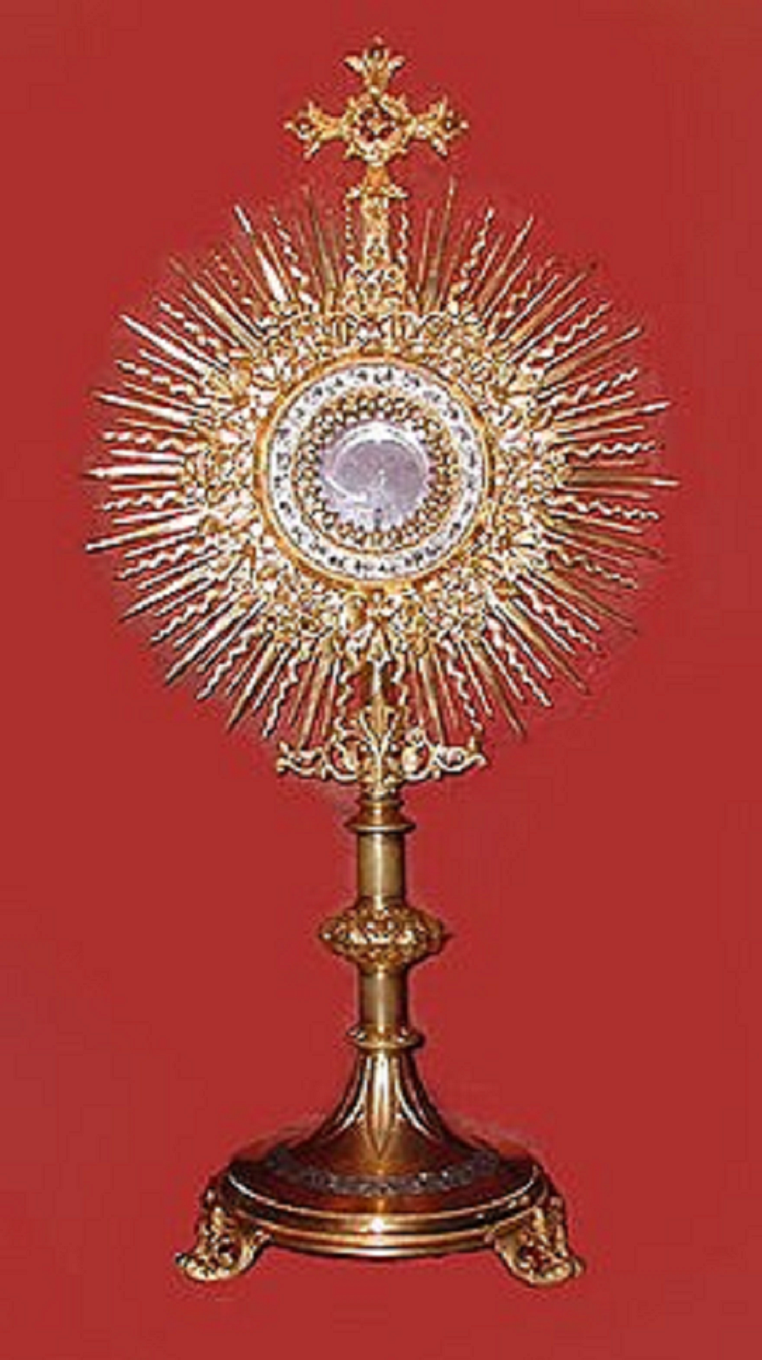 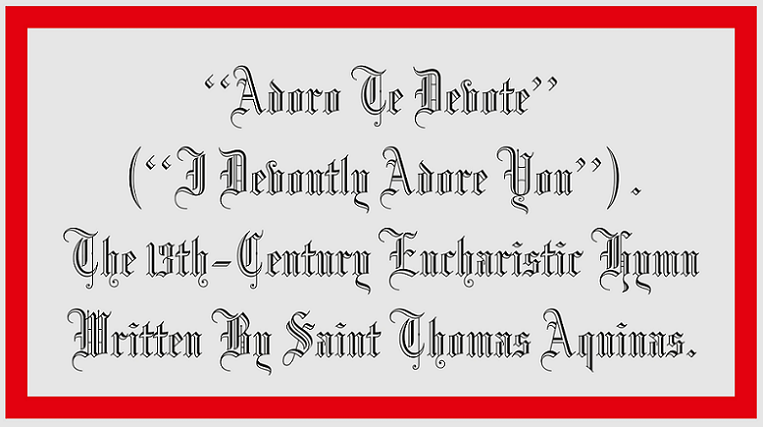 “Adoro Te Devote” is one of the five Eucharistic Hymns which were composed and set to music for The Solemnity of Corpus Christi, instituted in 1264 by Pope Urban IV as a Solemnity for the entire Roman Catholic Church.

Since the beginning of its composition and it being set to music, “Adoro Te Devote” was chanted as a Eucharistic Hymn during The Divine Holy Mass “in honorem SS. Sacramenti” (“in honour of The Most Blessed Sacrament”), as it was written in the Latin Manuscripts. It is also chanted for Eucharistic Adoration.

The authorship of the Hymn, by Saint Thomas Aquinas, was previously doubted by some scholars.[2] More recent scholarship has put such doubts to rest.[3] Aquinas seems to have used it also as a Private Prayer, for a daily Adoration of The Blessed Sacrament.[4]

“Adoro Te Devote” is one of the Mediæval poetic compositions, being used as spoken Prayers and also as chanted Hymns, which were preserved in The Roman Missal, published in 1570, following The Council of Trent (1545–1563).

The Hymn is still sung today, though its use is optional in the Post-Vatican II Ordinary Form [Editor: Why “optional” and not “de rigueur” ? Modernism at its best ?]
Posted by Zephyrinus at 01:00:00
Labels: “Adoro Te Devote” (“I Devoutly Adore You”). The 13th-Century Eucharistic Hymn Written By Saint Thomas Aquinas.